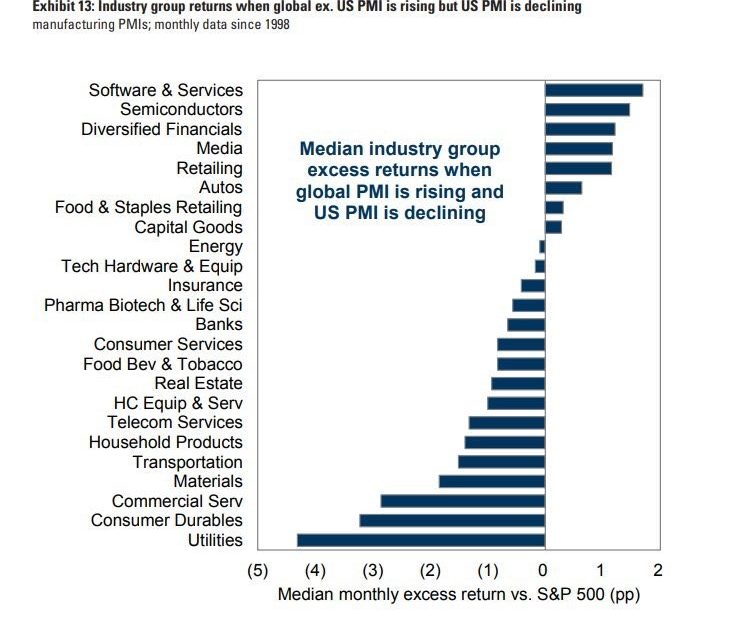 Don’t laugh when you look at the chart below because it’s a key economic indicator. As you can see, Google searches for sweatpants are down 30%-40% year over year. Last fall, searches hit a new record high by far. That’s because people were stuck inside during the pandemic. Now search traffic is back to where it bottomed at last summer.

The hope is in the next few months traffic can fall back to the prior lows (from 2016 to 2019). People buy sweatpants when they are stuck at home. This decline signals more people are working at the office and traveling. To be clear, this decline in sweatpants searches isn’t bad for clothes retailers. Consumers are upgrading their wardrobes; they are buying more expensive items than sweatpants.

The recovery in hotel sales is well underway. We have seen a huge burst in website traffic at hotel chains. Consumers are planning trips for when the economy reopens. There will probably be a spike in domestic vacations before international trips recover because many countries aren’t doing as well as America (in terms of COVID-19). The worst area is India which is at a new record high in cases and deaths. The situation in India is what the rest of the world could have looked like if the vaccines hadn’t been developed. It would have been a tragedy an order of magnitude higher. Specifically, the 7 day average of deaths in India is now at 1,802. America is going to focus hard on getting vaccines to other countries, but it’s too late. The situation is out of control in India.

As you can see from the table above, in America as of April 11th RevPAR, which is revenue per available room, was down 31.1% compared to 2019. That’s the best performance out of the major countries listed. On the other hand, the declines in France, Italy, Germany, and Spain were 94.7%, 90.9%, 86.2%, and 91%. Americans won’t be visiting Europe en masse this summer.

Investors now want companies to boost capex with their extra cash. That makes total sense because companies are now well capitalized and asset prices are high. There is no need to improve liquidity at most firms. Plus, equity valuations are very high which makes retiring shares less interesting. Many firms will buy back shares at any price just to return capital to shareholders. However, it probably doesn’t make sense to buy shares at excessive valuations. No firm will admit their shares are too high, but realistically many multiples make no sense. How many companies have cheap stocks with the forward PE ratio of the S&P 500 at a 10 year high (it’s above 22)?

The chart above shows how CFOs responded when they were asked why they won’t spend more on capex over the next six months. The most common answer was “no need to expand capacity.” Over 60% of firms said this which is much higher than it was in Q3 2020. It’s a big issue if firms have nowhere to spend money because it signals returns on capital will be low. There is just so much capital and not enough places for it to get a great return.

On the other hand, you have to consider the other options. Clearly, the need to preserve cash and uncertainty have declined. One of the only other possibilities is to say capacity is a problem. The improvement in financial conditions spurred this spike in CFOs responding that they don’t need to expand capacity. That doesn’t necessarily mean firms are all pulling back on capex. The reopening plays are still investing in capacity. The domestic travel boom this summer will be unprecedented. There is pent up demand, consumers have a lot of savings, and international travel isn’t as safe.

Cyclical trends don’t usually last long. The US PMI is near its peak already even though the pandemic is a couple months from ending. The rate of change in economic improvement is set to peak soon even though the economy has a few quarters of strong growth to go. Equities follow rate of change if you’re following sectors and industries. Individual companies differ obviously. This means we are in for new market leadership.

The chart below shows the potential performance in the next few months. This shows which industries do the best when the global PMI is rising and the US PMI is declining. That might be the picture as early as this summer. America has already experienced a lot of its stimulus boom and some of its reopening boom. Other countries are behind on the boom. Brazil is still in the thick of the pandemic even though cases have peaked.

The chart shows software and services have the highest excess returns in this situation because American software companies are secular growers who have a lot of international exposure. The underperformance of utilities is much greater than any of the outperformers. It’s notable that US software companies are extremely expensive. They face tough comps and extremely high competition.

Utilities will respond to the 10 year yield. Even with the peak in PMIs, we think the 10 year yield can increase from here (depending on your timeframe). The bond market already knows this growth won’t last forever. Yields can rise if growth spikes higher than expected or stays elevated longer than expected. If the 10 year yield hits 2%, it will be bad for utilities. From February 26th to April 20th, the XLU rose 16% due to the recent decline in yields. The rally in utilities and long term treasuries might be over.

There has been a decline in searches for sweatpants because people are going out more. People shop for clothes they will wear in the next few months. Consumers know they won’t need more sweatpants for the summer. RevPAR at US hotels is still down, but it’s decline is moderating. We should see positive growth compared to 2019 by June. CFOs don’t invest more in capex because of a lack of need to expand capacity. There isn’t any other reasonable response since uncertainty and the need to preserve cash are low. Once the US PMI peaks and the global PMI jumps, software stocks should do well and utilities should decline all else being equal (all else isn’t equal).