Which May Services PMI Is Accurate? 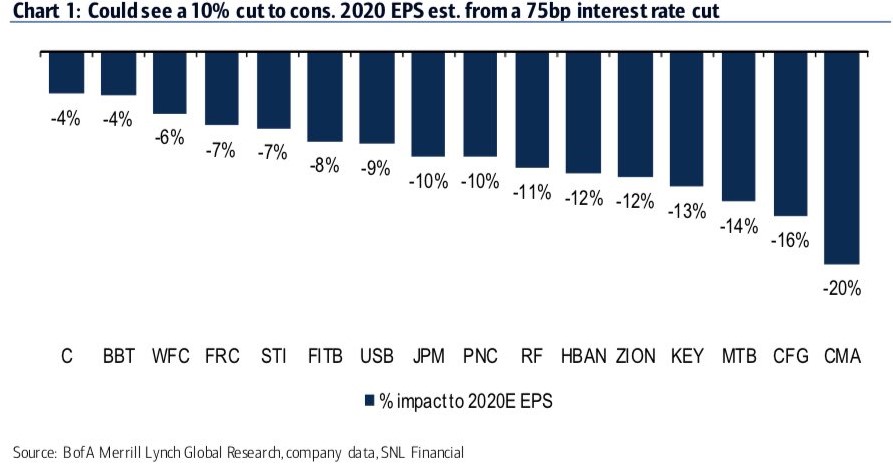 Specifically, the non-manufacturing PMI was 56.9 which is up from April’s 55.5 and the consensus of 55.8. It beat the high end of the consensus range which was 56.5. It was still below the 12 month average of 58.2. However, it’s consistent with 2.9% GDP growth which is much higher than the median Q2 estimate of 1.7%. In the past couple years, we’ve seen a bunch of ISM reports consistent with higher GDP growth than what ended up being reported. However, it’s still great to see such good numbers.

The business activity index increased 1.7 points to 61.2. The biggest increase was in employment as it went up 4.4 points to 58.1. That spells good news for the monthly BLS report; it goes against the ADP report which we will review later in this post. The worst parts of this report were that the backlog of orders index fell 2.5 points to 52.5 and the imports index fell 5 points to 50.

The non-manufacturing quotes didn’t discuss tariffs as much as the quotes from the manufacturing ISM report. That might change in June as there is a wide swath of consumer products being taxed. An accommodation and food services firm stated, “Economy is good and it’s showing in our weekly sales, tariffs are affecting some, but doesn’t seem to matter. Our prices are up as well as costs, but sales are good.” It’s good to see not every firm is reeling from the trade war with China.

Sometimes the flash Markit PMI isn’t consistent with the final reading. Unfortunately, this wasn’t one of those times as the final manufacturing PMI was 0.1 below the flash reading as it fell to 50.5 and the services PMI was the same as the flash reading as it stayed at 50.9. As you can see from the chart below, the services PMI was a disaster as it was the lowest reading since February 2016.

Combining the service and manufacturing PMIs puts the composite at 50.9 which is down from 53 and the lowest reading since May 2016. This Markit PMI might be more accurate than the ISM one since it’s in line with estimates. The May PMI is consistent with 1.2% GDP growth. Since the April PMI was consistent with 1.9% growth, the Q2 estimate is for 1.5% growth which is very close to the consensus. Job creation in May is expected to be 150,000. The consensus estimate is for 180,000, showing us the Markit reading is probably more accurate than the ISM one.

This might not end up being a big deal because there are sometimes blips in this report. We need to see another bad reading and this one not revised much higher, before we get worried. This weak reading isn’t consistent with the solid jobless claims reports in the past few weeks. This report is much different from the employment reading in the ISM report and the Conference Board labor differential. The former was the only component in the ISM non-manufacturing PMI that was up year over year. The latter hit a cycle high as jobs were said to be plentiful.

The weak ADP report doesn’t mean the BLS report will be weak because in the past 2 years, the average absolute error for the initial ADP report has been 66,000. Let’s look at the details of this report because the correlations with the BLS report vary widely by industry. The biggest problem was with small businesses as they lost 52,000 jobs. The chart below shows this was the largest decline since March 2010. That was the start of the jobs recovery.

In the past 30 months, the education component in the ADP report had an 80% correlation with the BLS report. It might have a high correlation because it’s not highly sensitive to the changes in the economy. Education lost 1,000 jobs in May. It’s bad news that the most accurate part of the ADP report showed job losses. Leisure and hospitality had a 67.8% correlation and added 16,000 jobs. Of the industries with the 4 highest correlations, 3 showed negative job creation.

The quarterly GDP estimates of 1.7% growth in Q2 might seem terrible, but the Fed’s long run estimate for yearly GDP growth is only 1.9%. That explains why in its Beige Book the Fed stated economic growth from April through mid-May was “modest.” Investors comparing this quarter to last year would think it’s weak. The Fed said growth in economic activity had a “slight improvement.” The firms surveyed by the Fed mentioned their uncertainty about the trade war.

The Fed is widely expected to cut rates twice this year which is bad for the banks. The chart below details the effect a 75 basis point interest cut would have on the major banks’ 2020 EPS estimates. If this is a proactive cut which prevents a recession like in 1995, the banks will be ok.

The non-manufacturing ISM PMI was solid and the Markit PMI was terrible. The Markit PMI is more in line with the consensus. The ADP report was a disaster, but it might be revised higher and doesn’t necessarily mean the BLS report will show weak job growth. The Fed is expected to cut rates soon. That would be bad for bank earnings. The only positive scenario for banks would be if the Fed cuts rates quickly, preventing a recession. The problem with that is trade policy plays a big role in whether there will be a recession. It’s somewhat out of the Fed’s hands.