US Stock Market More Extreme Than In March 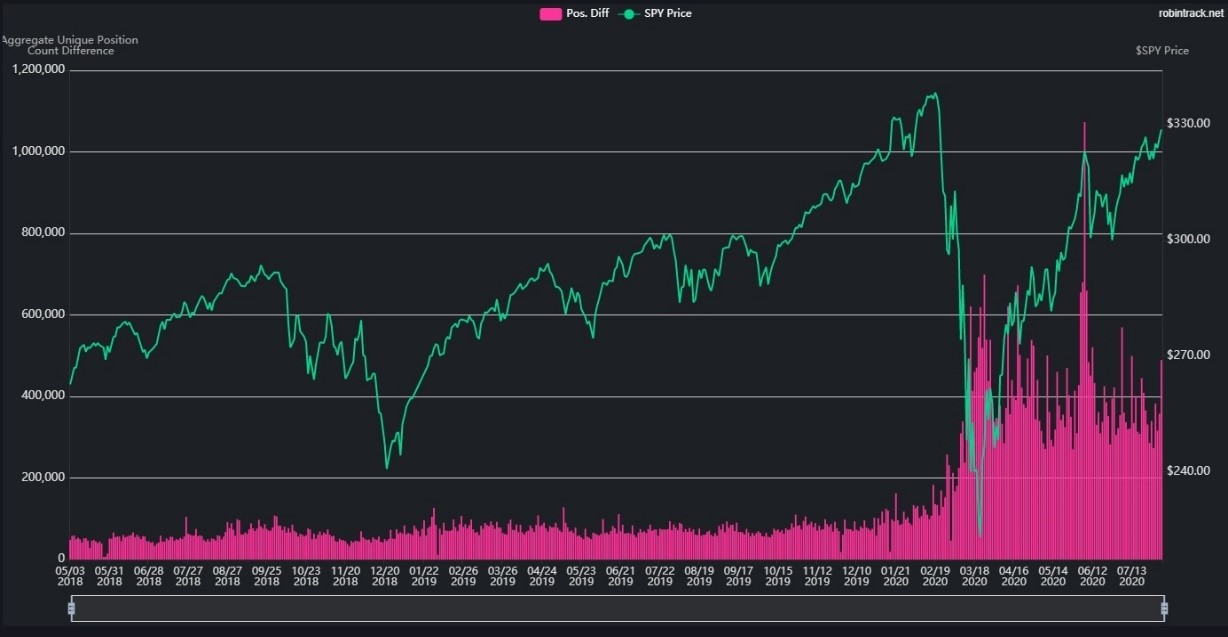 Just because the S&P 500 has regained almost all of its bear market losses and COVID-19 cases are starting to fall doesn’t mean we aren’t living in unprecedented times. There are some aspects of the current market that are even more extreme than this March. The most amazing situation in markets might be that the 10 year yield is at about 50 basis points which is near a record low in history, while the Fed is embarking on the most extreme path towards boosting inflation ever. If the Fed is successful, rates will spike. It’s amazing how much confidence stock traders have in the Fed to support equity prices and how little confidence bond holders have in the Fed to boost inflation and growth.

Last week, Powell stated the Fed will end its 1 year examination of policy communication and implementation “in the near future.” The Fed is still looking over the mistake it made to raise rates and shrink the balance sheet. The Fed would have been releasing its findings and updating policy anyway. With inflation lower than when it started this journey, it’s hard to overestimate the lengths the Fed will go to, to boost inflation. Powell stated the policy statement which should come in the next few weeks, will be “really codifying the way we’re already acting with our policies. To a large extent, we’re already doing the things that are in there.” This is enhanced forward guidance.

The Fed could specify the exact inflation rate it would need to see before raising rates. Evans of the Chicago Fed talked about not raising rates until inflation hits 2.5%. The bond market doesn’t believe the Fed. You can argue it’s completely unrealistic to even mention 2.5% inflation because of how far away the economy is from that. You can think of this like an unprofitable company saying it won’t issue new shares until it reaches an unrealistic goal on margins. It can be a critical mistake for the Fed to be so dovish if all the policy does is raise stock prices. That would create an even worse problem without generating higher inflation. As we mentioned, the stock market is confident in the Fed and the bond market isn’t. If they are both correct, this policy will only lead to trouble.

Lower rates lead to higher stock prices, but at a certain point the situation gets out of control. Investors won’t use current rates to value stocks unless they think they are here to stay. As you can see from the chart below, the equity risk premium is quite high because of how low rates are which makes stocks attractive. If the Fed does whatever it takes to convince people low rates are here to stay, it encourages stock speculation. That does nothing to increase inflation. We just had one of the longest bull markets in history while inflation was low. In other words, if the Fed fails to boost inflation like it has in recent history, we will have a more perverse version of the last cycle. If the Fed is successful at generating inflation, it could cause stocks to crash because then they will be expensive. It would be a disaster for Americans to have their bond and stock portfolios lose value simultaneously.

We’ve spent a lot of time on what could go wrong. Let’s look at the positive side. It’s possible this latest policy clarification increases inflation modestly. That might only cause a small decline in growth stocks. It depends on how overvalued you think they are. If the fiscal stimulus and the decline in COVID-19 cases help create a cyclical recovery, we could see a sector rotation into these value stocks without a market implosion. Steady low inflation in a growing economy is better than near zero inflation in a recession.

The chart above shows the huge spike in retail trading activity on Robinhood that began in March 2020. Bullish investors are so focused on the economic recovery, they are missing this classic sign of a market top. The stock market isn’t supposed to top after a recession. However, the conventional wisdom also said we needed to see a retest of the March lows, which never happened. This has been a year like no other. Surely at a time when there is intense retail speculation and high concentration you can see how this looks more like a late cycle rally than an early cycle one.

The market is extremely concentrated in a few mega cap tech stocks. There are price targets that put Apple ($480) and Amazon ($4,200) with the same market cap as the Russell 2000 (if it stays where it is now). As you can see from the chart below, the top 6 S&P 500 companies (the FAAMNGs) now have a higher market cap than all Canadian and European stocks. This is a great viewpoint; GDP only has a tangential relation to market cap. The net difference between all European and Canadian stocks and the top 6 American stocks has fallen by over $2 trillion since February.

The Fed is about to embark on a more extreme monetary policy by codifying when it will hike rates. Some will say these inflation suggestions of 2.5% are so far outside where inflation has been in the past decade that the Fed is essentially saying it will never hike rates. That’s what investors need to hear to value stocks based on current rates. The Fed doesn’t want to disrupt the stock market. That could create negative consequences. The problem is the more important the stock market gets, the worse a correction would be for the everyday person. Unfortunately, the masses tend to get involved in the stock market at the exact wrong time historically, causing more damage to the economy than there ordinarily would be.