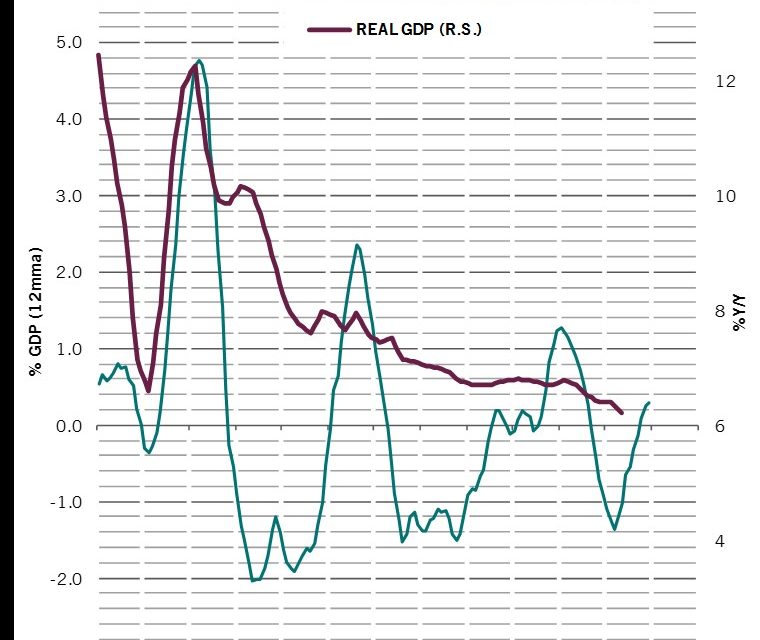 It’s easy to be confused about the direction of the trade war because of how quickly politicians change their statements and how the stock market reacts in a dizzying fashion. We can see stocks move up and down on trade rumors even though the weakness in U.S. economic growth is cyclical and the slowdown in Chinese growth has been secular. The trade war matters, but it’s not everything. Also, the long term endgame of the trade war isn’t impacted much by short term news items. A lot of the reports are noise that investors should ignore.

Is The Trade War The New Normal?

It seems investors are blocking out the reports because in the October Bank of America fund manager survey, about 40% of respondents stated the trade war is the new normal.

These investors see the gap between what each country wants as being too large regardless of the political rhetoric. It appears the middle ground in this poll disappeared as more investors see a deal happening before the 2020 election and less see it being made after the election. A lot of this depends on who’s elected President. That makes the response “after the presidential election” tough to gauge because we don’t know the assumptions of the respondents. It’s also notable that few investors changed their minds as a result of the news in the past month. Companies probably haven’t either. They need to prepare for the worst case scenario which is a lasting trade war.

The IMF is an establishment body. You can’t get more establishment than an international governing agency. Their estimates give you a glimpse into the consensus on growth. It’s critical to avoid seeing the consensus as automatically wrong. It might be wrong, but stick to the facts and avoid bias when looking at their estimates. The headline of the October 2019 IMF estimates is that they have lowered their future growth estimates. That’s a response to the weak economic data in 2019.

In early 2018, it was starting to be clear, the global cyclical upturn was ending. 2018 was better for America because of the fiscal stimulus. In 2019, America saw the effects of the cyclical slowdown that other countries had been dealing with for months. 2020 and 2021 estimates have fallen because of this weakness, just like the 2019 estimate was high in early 2018 because of 2017’s strong growth. Keep in mind, 2019’s growth doesn’t mean 2020 will be bad as central banks are easing to avoid further weakness.

China is headed in the wrong direction, while India is headed in the right direction. Indian growth is expected to improve from 6.1% to 7% which is near 2018’s 6.8% growth. India will be helped by its tax cuts and monetary stimulus. In the long term, India will be driven by it’s amazing demographics, unlike China which will potentially see its population peak in 2023.

As you can see from the chart below, the proxy for Chinese household savings is rallying higher as it has risen from below 6% to above 10%.

When consumers save more, it signals there will be weak profits, weak auto sales, and weak retail sales growth. Consumers don’t start saving more because they are confident in the economy. This supports the concept of 2020 output growth falling to just 5.8% which is historically weak for China.

On the one hand, China’s population will only grow 0.46% in 2020, so that growth is solid. On the other hand, China’s very low GDP per capita shows it needs to grow further for its middle class to expand. China’s goal has been to become more reliant on services like the US and other developed economies. A country can only do that by improving its GDP per capita (with a low Gini coefficient) and having consumers spend.

The chart below shows how quickly Chinese GDP growth has fallen since early in the cycle.

China helped drag the global economy out of the 2008 recession. As you can see, credit impulse growth is at a 13 month high which might moderate the growth decline in 2020. That being said, it doesn’t change the long term trend.

The chart below of the Bank of America survey shows respondents who think global fiscal policy is too restrictive.

It wasn’t considered restrictive in 2018 probably because of the U.S. tax cuts. Keep in mind, in 2016 policy was considered restrictive and the 2017 economy was strong. It’s also notable that this survey question adds in the phrase “given where we are in the business cycle.” Investors likely see the economy as weak and needing support. Even if policy is neutral, that’s too restrictive for a weak economy.

The most common response from investors is they expect the Chinese U.S. trade war to be the new normal. The IMF has lowered its 2019 global output estimate because of weak results. However, growth is expected to rebound in 2020. It’s not as optimistic on US growth as it’s expected to fall further. Chinese households are saving more which is bad for short-term growth, while the credit impulse indicator is at a 13 month high which is a positive that could turn into a negative if it peaks here. Most investors think because the global economy is relatively weak, there should be more stimulative fiscal policy.