This Hasn’t Happened Since 1990 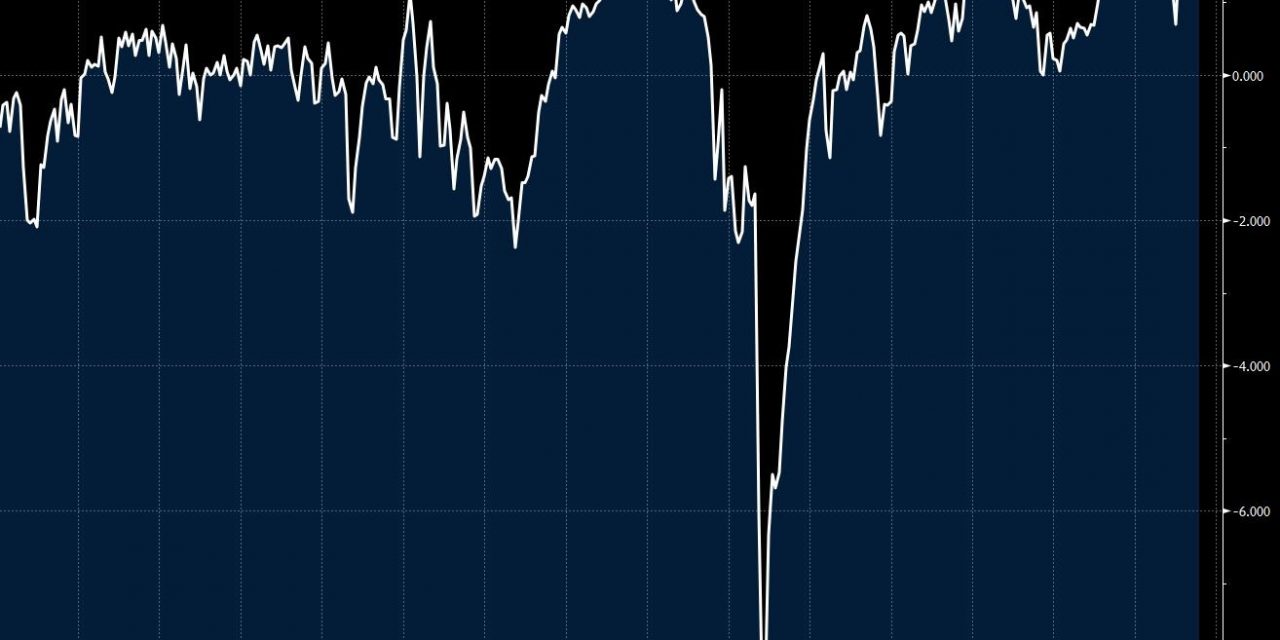 As we have discussed in previous articles, there was a whirlwind of action in the Fed funds futures market late last week as a few Fed members made conflicting statements. Clarida and Williams were very dovish and the NY Fed and Bullard were hawkish. Boston Fed President Eric Rosengren had the final word because he spoke on Friday afternoon and the blackout started on Saturday. His opinion is on the exact opposite side of the spectrum as those calling for a 50 basis point cut as he doesn’t see the need for any cuts in July. He stated, “So, given that the economy is quite strong, given that I do think that inflation is going to be very close to 2%, and given that the growth in the economy is satisfactory, I think that’s an environment where you don’t have to take a lot of action.”

There is a 100% chance the Fed will cut rates, so don’t take this to mean there won’t be a cut. Only Kansas City Fed President Ester George agrees that there shouldn’t be a cut. Obviously, we know there will be a cut, but they actually make very good points. As you can see from the chart below, financial conditions are very loose.

Since 1990, the Fed has never cut rates while the financial conditions index was above 0. It is now near 2. The index might not show such loose conditions if the Fed gave more hawkish guidance. This rate cut won’t have much of a positive effect on financial conditions. The goal is to keep them where they are. This is the ultimate insurance rate cut.

How Is Earnings Season Going?

It’s very easy to lose sight of what matters to stocks which is earnings because of the sideshow that was the Fed statements this past week. It’s important to review the aggregate data rather than following the headlines because obviously the popular stocks don’t tell the whole story. If the FAANG names miss earnings estimates, it can seem like the quarter was poor even though it might not have been.

The table below shows results from the first 80 reports. The financials have started this earnings season off solidly. All of the major banks/investment banks beat EPS estimates. 69% of the financials beat earnings estimates. Their EPS surprise of 4.23% allowed for 4.53% growth. Overall EPS growth of 5.6% is above last quarter’s growth of 5.18%. This quarter came in with slightly higher estimates than Q1 which is why growth is higher even though the EPS surprise is 4.21% which is below Q1’s 5.48%. Revenues have beaten estimates at a 7% higher clip than last quarter. Sales growth is 2.9% which means margins increased. FactSet shows blended (estimates & actual) Q2 margins are 11.3% which is above Q1’s 11%. 7% more financials beat sales estimates than EPS estimates.

If inventory investment and net exports didn’t drive Q1 growth so high, many would have claimed the economy was either in a recession or headed for one. The chart below shows a breakdown of a few consumer spending readings.

Control group sales go directly into the GDP reading, so its 4.6% growth in June will be pivotal. The Redbook survey supports this bullishness, while the First Data dollar volume doesn’t.

The chart below shows the University of Michigan consumer confidence index has been correlated with real consumer spending growth.

The decline in consumer confidence in January and February was related to the government shutdown. In turn, there was weak real consumption growth in Q1. For the past 30 months, the confidence index has been in between 91.2 and 101.4. The July preliminary reading shows it is near the high end of that range as it increased 0.2 to 98.4 which missed estimates by 0.2.

The slightly bad news is the current index, which is most correlated to spending growth, fell from 111.9 to 111.1. The expectations index increased from 89.3 to 90.1. It may have increased because of the progress made on the trade front as there was a trade deal with Mexico and China and America are in negotiations. The negotiations may not be making quick progress, but there likely won’t be new tariffs enacted while the discussions are ongoing, at least one would think.

No More Mortgage For Boomers

As you can see in the chart below, the percentage of homeowners who have paid off their mortgage has steadily increased from 2006 to 2017.

As of 2017, it was 37% which is a 5.5% increase over the prior 10 years. The solid economy and demographics explain this increase. Baby boomers are paying off their homes, while millennials are struggling to get a mortgage.

Millennials Willing To Make Sacrifices To Buy A House

69% of millennials stated in a Bank of America poll that saving for a down payment and closing costs is top barrier to buying a house. That’s where student loans come in as it is tough to save money when you have expensive loans to service. 59% listed covering monthly costs of home ownership as a top barrier and 43% listed their lack of knowledge of where to start. The concept of millennials just not wanting to buy homes is incorrect; they have a tough time affording them, so they are delaying their purchases. 93% of millennials stated they are willing to make sacrifices to buy a home.

The Fed will cut rates on July 31st even though financial conditions are loose. Q2 earnings season has gotten off to a solid start. Q1 had larger EPS beats, but that’s partially because the bar was lower. Expectations for Q1 earnings really slumped in January and February. Consumer spending growth will be sold in Q2. The July consumer confidence index was solid. Baby boomers are paying off their houses quickly, while millennials struggle to buy houses because of high costs.