The Start Of A Comeback For Leisure & Hospitality 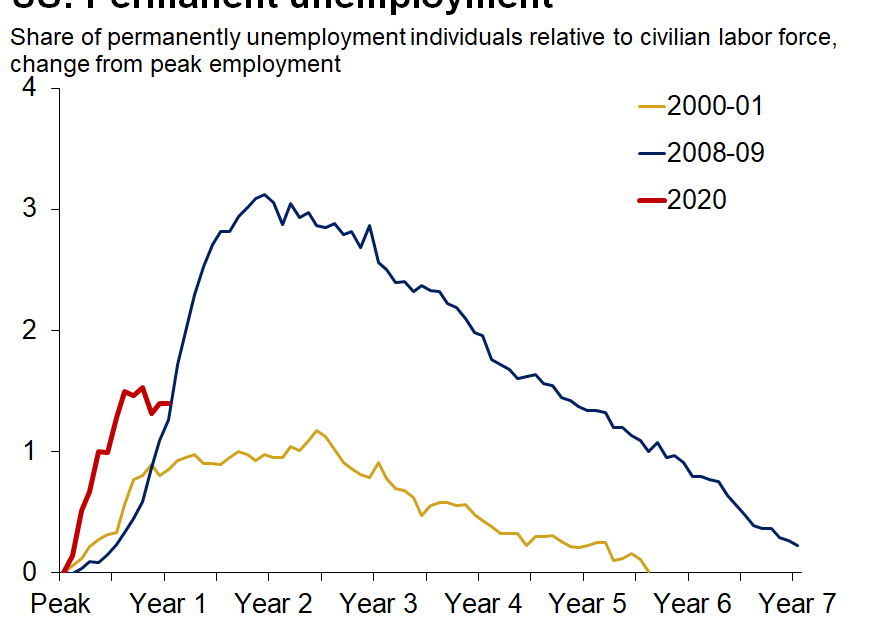 ADP got it wrong again which was good news for the economy. ADP said there were only 125,000 private sector jobs added, but there were 465,000 added in the BLS reading (beat estimates for 183,000). Ever since the pandemic started, ADP’s numbers have usually been very wrong. It’s clear to see the economy started to recover from its weak period due to the 3rd wave of the virus. Heading into this wave, we believed the slowdown would last from November to February. This is just the start of what should be explosive job creation in the next few months.

Overall, there were 379,000 jobs added which beat estimates for 175,000. Furthermore, last month’s reading was revised up from 49,0000 to 166,000. As you can tell, there were job losses in the public sector. That’s despite the fact that state and local governments have recovered tax collection following the steep drop in the spring. Manufacturing swung from a loss of 14,000 jobs to a 21,000 gain which beat estimates by 5,000. Construction was down 61,000 jobs. However, that was related to the bad weather. If it wasn’t for terrible winter storms, this labor report could have been even stronger.

February is the start of a new trend that will last us through the summer. That is the leisure and hospitality industry leading job creation. As you can see from the chart above, it added 355,000 jobs last month. This is just the beginning of the job creation that is to come. This will hurt wage growth because these are low paying jobs. However, we aren’t concerned with this weighting effect. The hope is these workers start to get raises because they will be in such high demand. A huge burst in eating out and lodging could help low income workers while Congress dithers on whether it will hike the minimum wage.

The unemployment rate fell 1 tick to 6.2%. The underemployment rate, the labor force participation rate, and the prime age labor force participation rate were all unchanged (they were 11.1%, 61.4%, and 81.1%). The chart below shows the speed at which the labor market will fully recover if it keeps adding the number of jobs it did in February. It won’t even get back to the previous trend by 2024 if it continues at this rate. However, there’s no reason to expect it to continue at such a slow rate. We should see many months of above 500,000 jobs added later this year.

If the labor market creates 758,000 jobs per month, it will get back to the previous trend in mid-2022. That’s what the market is pricing in when it says the Fed will hike rates in late 2022. That’s a fair estimate for the labor market, but it appears the Fed will let the economy run hot which means rate hikes won’t come next year. Powell already got out ahead of this by saying the coming inflation will be transitory. At some point the market and the Fed are going to need to agree on a timeframe.

Average hourly wage growth was 0.2% monthly and 5.3% yearly which were the same as last month. That’s good considering the spike in leisure and hospitality job creation. The bad news is the average weekly work week fell from 34.9 hours to 34.6 hours which is a very large drop, but followed a very steep increase. Last month’s reading was a record high. This drop caused weekly wage growth to fall from 7.2% to 5.9%. Some white-collar employees are working more because of the blurred line between work and home life during the pandemic. However, they might not actually be getting paid for this. For instance, answering email on a weekend is probably unpaid work.

The most important data point we have been studying in this recession has been the number of people permanently laid off. That’s because this was a quick recession with many temporary layoffs. If all the job losses were permanent, this would have been a depression. The goal was to limit the number of permanent layoffs until the pandemic ended.

Effectively, the pandemic is under control now, so we will be looking for this total to fall the rest of the year. As you can see from the chart above, permanent layoffs aren’t close to the financial crisis peak. They actually fell very slightly in February. This lower peak explains why GDP growth is going to regain all its losses and get back to the pre-trend level. The longer the economy stays down, the harder it is to get back the growth losses because growth compounds. This was a very quick recession. Even though the recession ended last year, the end for a large swath of the economy won’t be until the spring. You can say the recession ended in May for the whole economy, but it ended in February/March for the leisure and hospitality industry. The recovery is just starting for the hardest hit areas like hotels and independent restaurants.

Is Crypto The New Paper Gold?

There is never anything truly new when it comes to human psychology. Blockchain is a new technology, but using an asset like this as a ‘store of value’ is nothing new. The newspaper clipping from the late 1960s describes “paper gold” which is effectively the old bitcoin. Back then, it made much more sense to own hard assets because inflation was in the double digits.

The recession in the leisure and hospitality industry is over due to the vaccinations. This industry created the most jobs in February. West Virginia’s 7 day average of new COVID-19 cases has fallen from 1,524 on January 7th to 227 on March 7th. We mention this state because it is one of the leading ones in the vaccination effort. As more states follow in its footsteps, the economy will reopen. We are looking for the number of permanent job losses to fall. Employment should get back to its previous trend by next year. We are excited to see economists project out March job creation as a guide for when the labor market will recover. Bitcoin isn’t a new concept in human psychology. There is always a desire to preserve purchasing power.