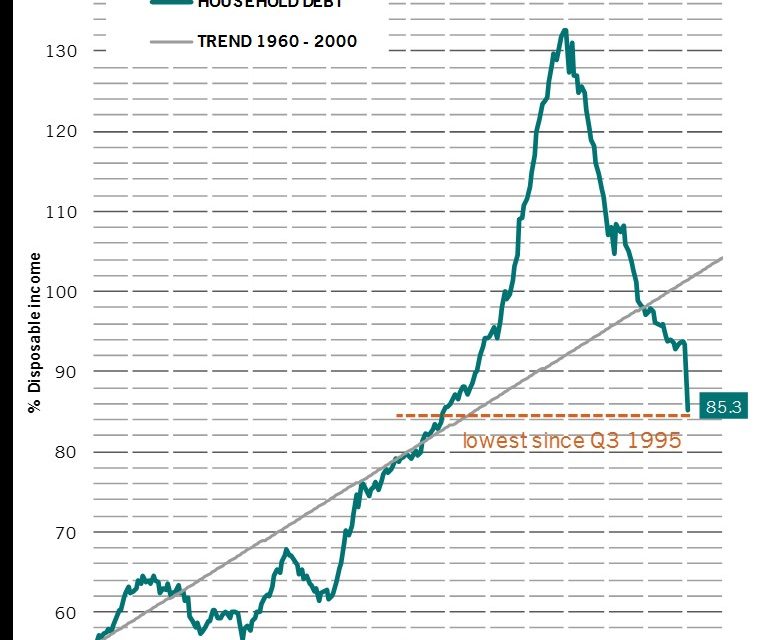 We got a few good data points on the consumer. It’s fairly clear, the weakness in the 2nd week in September was a result of the Labor Day holiday shifting spending. That’s similar to how there was growth in COVID-19 cases and deaths briefly following the holiday because the holiday suppressed data. This is an obvious point some people are missing.

Redbook same store sales growth in the week of September 19th was up from -1.2% to 1.5%. This is still weak growth, but it ended the downtrend. Furthermore, card spending via Chase was down 5.8% in the week of September 18th which was an improvement from -6.5%. That’s not a significant change, but it gets rid of the narrative that the consumer is in a downtrend. Maybe that narrative never should have had legs anyway because NSA initial claims have been falling. If more people are getting jobs, they will spend more money. This is economics 101.

Some people think that now that the helpful fiscal stimulus is gone, the consumer will fall apart. Consumers as a whole will be ok if they are working (but the lower income group will suffer). That’s not to say a stimulus wouldn’t help. The positive news on that front is the House passed a spending bill to keep the government funded until mid-December. This frees up time to work on a stimulus plan and signals both parties are on working terms. There are 2 weeks left before the Senate goes on recess, so we will be hearing news on that front next week.

The chart above is a bit jarring. As you can see, the 5 day card spending average as of September 13th for the median of low income consumers is up 3.6% since January 2020. Spending has fully recovered which is surprising because low income people were more likely to lose their jobs and people without jobs are spending less. It’s possible this chart is slightly manipulated by the fact that low income consumers with cards might be in better financial shape than those without cards who are unbanked.

The Consumer’s Balance Sheet Is In Good Shape

Consumers have a record net worth and household debt divided by disposable income is 85.3% which is the lowest since Q3 1995. Household net worth is being driven by higher housing prices and higher stock prices.

The divergence between this indicator and how many low-income consumers are doing relates to the fact that the consumers doing poorly don’t have many assets. If they did, they would be experiencing the economic benefits low rates are providing. Instead they pay the same high rates on credit card bills that they always have paid. It’s the same for household debt. Low income consumers were helped by the fiscal stimulus, but they are about to experience grave hardships this fall if they are among those who can’t get their jobs back. That’s why every week that goes by without mass rapid testing deepens the wounds for these people especially those in the leisure and hospitality industry.

The effects of this recession are still unknown even though it’s over. Normally, recessions are predictable after they are over because the damage has already happened; you aren’t really predicting anything. In this case, even though the recession is over, the more than 6 million temporarily unemployed people still have the potential to either get their jobs back or lose them. The ratio of people getting their jobs back versus losing them permanently will determine how bad this recession ends up being.

The chart above explains the current scenario. As you can see, from April to July plenty of people got their jobs back, but plenty also aren’t expected to return to work. More people making above $100,000 returned to their job than those making below $40,000 per year because the more people make, the more likely their job allows them to work from home. The economy needs to fully reopen this fall or additional help to low income people needs to occur. Without either, there will be additional suffering from those making less than $40,000 per year (when they have a job).

As you can see from the chart below, European consumer confidence improved in September which goes against the fear from COVID-19 which is causing new economic restrictions. Everyone is watching Europe closely because it could portend weakness in America. In France, the 7 day moving average of new cases reached 10,423 which is a new record high. The 7 day average of deaths is only 60. Even if you take into account the 3-4 week lag time between cases and deaths, that’s a low reading.

Vaccines get all the attention, while little focus gets put on treatments and rapid mass testing. All 3 play a role in combatting this virus. The table below shows the potential timeline for vaccines and neutralizing antibodies treatments. We also have the BinaxNOW Abbott rapid testing that is being deployed this month and will be expanded in October. As you can see, there will be pivotal data from the Pfizer/BioNTech vaccine and the Moderna vaccine released in October. The AstraZeneca/Oxford vaccine will give out pivotal data later this year too. In addition, there will be pivotal data released on treatments from Regeneron and Lilly/AbCellera in Q4 and from Vir by the end of the year. The treatments could get approved by the end of the year which would be huge. We will have to wait a little longer for vaccines to be approved next year.

The consumer is doing a little better as we finish out the month. It still would get a nice boost from a stimulus. Low income people need to get their jobs back or get some more help from the government. Households have record net worth and low debt to income. How COVID-19 is dealt with over the next 2 months will determine how deep the scarring on the labor market is. European consumer confidence was up in September despite the big increase in cases and economic restrictions. There are many vaccines and treatments being worked on; rapid testing is set to go to the masses this fall.