Sentiment Index Broken By This Market 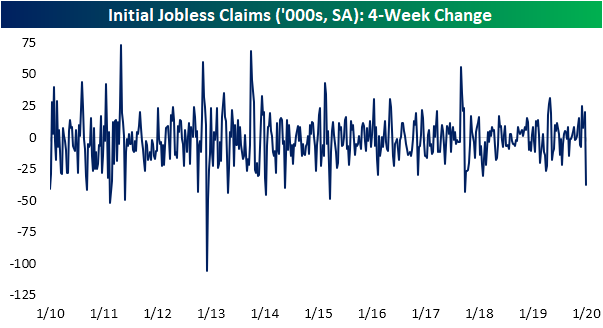 Just because the stock market has been overbought for a few weeks, doesn’t make this is normal or something you should expect to continue. The CNN fear and greed index is at 93 which is extreme greed. It has been in extreme greed or greed for what seems like forever. The short interest in the SPY as a percentage of shares outstanding is the lowest since early 2018 when the market sentiment peaked for the cycle.

As you can see from the chart below, the NDR sentiment indicator has been broken by this market.

From the end of 1994 the S&P 500 has had -7.68% returns per annum when the index is above 62.5 which is excessive optimism. As the bottom table on the left shows, returns have been 10.62% when the index has had excessive optimism in the past 3 years. 2017 and 2019 were amazing years for stocks with little volatility. Essentially, this sentiment reading hasn’t worked during the past few years. Perhaps, that’s the ultimate measure of euphoria, when the indicator that measures it doesn’t work anymore?

We previously discussed how Q4 EPS estimates have fallen more than average. The good news is the start of Q4 earnings season hasn’t been bad. The start of an earnings season is the best indicator of how the remainder of the reporting season will go. Specifically, 13 of 19 firms had their Q1 EPS estimates lowered after reporting earnings. That sounds bad, but it was 16 of 19 last quarter for those same firms. This time the average estimate decline has been 1.62%; that’s better than last quarter’s decline of 3.7%.

In the week of January 5th, Bloomberg’s Consumer Comfort index was up 1.2 points to 65.1 which is the highest reading since October 2000. All of its 3 components increased for the 3rd straight week. The state of the economy index increased 1.4 points to 69.7 which is nearly a 19 year high. The personal finances and buying climate indexes were each up at least 1 point. As you can see from the chart below, the Bloomberg consumer comfort index is highly correlated with the Conference Board consumer confidence index. That means, the latter will probably improve in January. However, it has fallen in 4 of the past 5 months, so it might not comply.

The Bloomberg consumer comfort index has increased in 7 of the past 8 weeks. Consumers like the full labor market, the rally in stocks, the softening of the trade war, and the rise in minimum wages. Within the comfort index, confidence from women, 45-54 year olds, college graduates, homeowners, and white Americans were all the highest since 2000. If homeowners refinanced last year when rates were low, they are now saving money on their mortgages. Married consumers had record confidence as the index hit 74.3. The headline index has increased 4 points in the last 3 weeks which is its biggest 3 week increase since October 2015. It is up sharply from its 9 month low in November when it fell to 58.

This article, doesn’t include the December BLS report’s stats, but we don’t need the latest numbers to know that minimum wage hikes have boosted wages for low income workers. It will be interesting to see that impact in the January labor market report. We might see a continuation of lower tercile workers’ wage growth outperforming the median.

The chart on the left shows wage growth for the bottom 25% of workers in states that raised the minimum wage in the past 3 years and those that haven’t.

In Q4 the CEO confidence index increased from 34 to 43. There were more negative than positive responses since it was below 50, but this was a big improvement. 15% of CEOs said economic conditions improved compared to 6 months ago which was up from just 8% in Q3. 52% said conditions got worse which was down from 73%. Expectations also got cheerier. 12% expect the economy to improve in the next 6 months compared to just 4% in Q3. 44% expect conditions to get worse which is down from 67%. That’s a big decline. CEOs plan to increase prices by only 0.4% which was down from 1.6% last year. That implies lower inflation.

On the eve of the monthly BLS report, jobless claims fell from 223,000 to 214,000 (week of January 4th). As you can see from the chart below, this 4 week decline of 38,000 from the peak in the week after Thanksgiving was the largest since September 2007. That spike was caused by seasonal reasons, just like the current spike in continuing claims in the week of December 28th (it’s 1 week behind). Continuing claims were up 75,000 to 1.803 million. That was the highest reading since April 14th, 2018.

Stocks have rallied so much that sentiment indicators haven’t worked as contrarian signals for the past few years. It’s still not normal for stocks to be showing extreme greed or excessive optimism. Consumer comfort hit a 19 year high and jobless claims are low. It’s a great time to be a consumer. It’s also a great time to be a low wage worker because minimum wages increased again at the start of 2020. CEO confidence and CFO confidence rebounded in Q4, but management teams are still cautious.