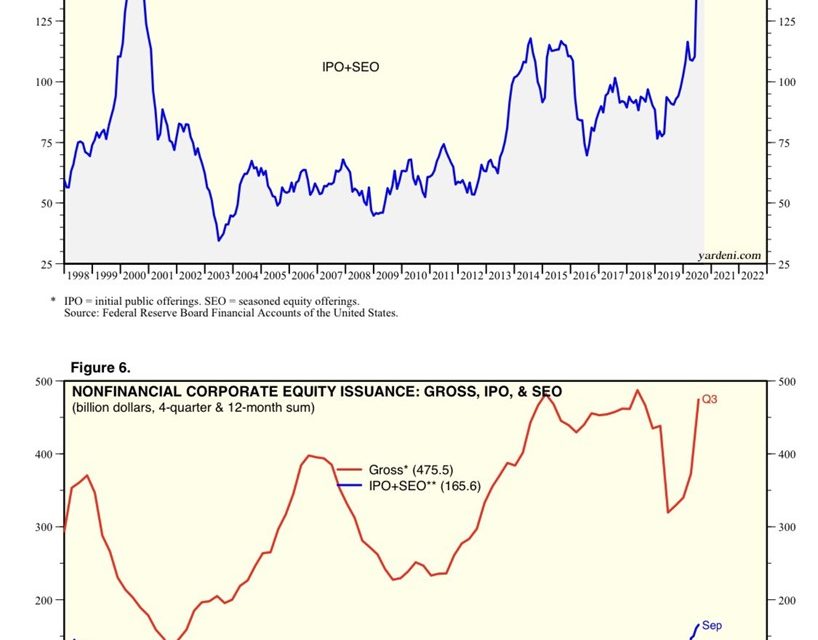 We’ve been talking a lot about the possibility of higher inflation in 2021 due to the large spike in commodities prices, the market pricing in rate hikes sooner, the fiscal stimuli, and the coming economic reopening. The December CPI report reminds us we are starting from a low base. Inflation is still low as of last month. That low base is partially why Oxford Economics sees higher CPI early this year which then tapers in the 2nd half. That’s more of the same, not a new cycle with higher rates and inflation. That being said, it’s tough for them to predict inflation with such accuracy since we don’t know what the next fiscal stimulus will look like and how quickly the economy will go back to normal once the virus is vanquished.

In December, headline CPI was 1.4% which was up from 1.2% and beat estimates by a tenth. Energy is starting to be less negative; it will have a big positive impact on inflation in 2021 because of easy comps (starting in March). Core CPI was 1.6% which was no change from last month and 1 tenth below estimates. Energy prices were down 7% and food prices were up 3.9%. The rise in food prices was evenly driven by food at home and away from home. Limited services meal and snacks had 6% inflation. That’s fast casual and fast food. People don’t like to eat in the street in the middle of the winter. Full services inflation was 3%. Meats, poultry, fish, and eggs had high inflation again at 4.6%.

We’re not necessarily saying Oxford Economics is wrong, but the exact formula for higher inflation than we got last cycle would be for economists and policymakers to completely ignore inflation and go with very dovish policy and big stimuli. A member of the board of the ECB stated, “The question of public debt sustainability depends to a large extent on balancing interest rates and growth prospects. As long as growth is higher in the longer term than interest rates, there is no problem. So, if you want to reduce debt after the crisis, the best instrument is the promotion of economic growth.” Everyone is on board globally with spending as much as possible to boost growth without a care for near term deficits nor a worry about inflation.

This week, Fed Vice Chair of the board of governors, Richard Clarida stated, there will be “no rate hike until we get 2% inflation for a year.” That’s a lot more specific than past statements. If that’s the case, the Fed won’t hike in 2022, if Oxford Economics’ prediction is accurate. They don’t see inflation staying above 2% all year. As you can see from the cheat sheet below, Clarida is a dove, so the Fed might hike faster than he wants. That being said, no Fed member is going to call for hikes in 2022 with the pandemic still raging.

The End Of The Bubble

Bubbles end when there is more supply than demand. Stocks are just pieces of paper when there is a bubble. They have long distanced themselves from being parts of companies. It’s about the demand from speculators and the supply from businesses. As you can see from the top chart below, IPO and secondary issuances surpassed the tech bubble boom in the 1990s on a trailing 12 month basis. That’s only as of September. There have been a ton of SPACs in the past few months which will push this vertical line higher. It’s not about beating the 1990s. The point here is supply will increase at a fast clip until it surpasses demand.

The bottom chart above shows the money raised when you include private equity. There certainly was a spike in 2020, but this doesn’t look as bad because it’s not at a record high. There seems to be a new high each cycle. This has been the fastest recovery in the past 20 years. It probably hit a new record in Q4 or Q1 2021.

There was a quant study measuring the times the words “Tesla”, “margin”, and “Robinhood” were mentioned in YouTube videos. This was done to study the retail speculation in stocks. All terms had huge spikes in 2020 as the chart below shows. They spiked in nominal terms and as a percentage of the words spoken. Retail traders are fully on margin. This will be a disaster for them.

There has been a massive spike in speculation from retail investors. In the last 11 days, eToro, the crypto social trading app, has had 380,000 new accounts opened. Its crypto-trading volume is 25x higher than last year. As you can see from the chart below, penny stock volume exploded in December. Over 1 trillion shares were traded which is close to double the peak in early 2014. Retail traders in 2020 are making the same mistakes speculators in 1999 made.

CPI wasn’t high in December despite the large spike in prices paid in the ISM manufacturing PMI. Policymakers are still dovish. They aren’t worried about inflation which is why it might be time to worry given the coming catalysts. There has been an onslaught of equity supply in risky money losing stocks, but retail investors keep bidding their stocks up. Retail investors can’t possibly keep this up. It will end soon. Retail traders are mentioning “margin” a lot on YouTube. They are trading crypto and penny stocks with no regards for risk. The party is very similar to 1999. The bubble will end the same way.