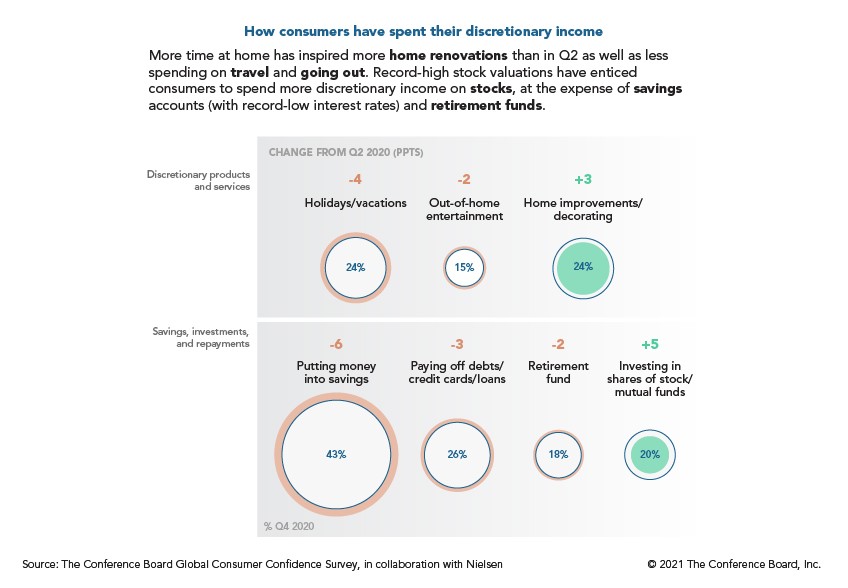 As we mentioned in a previous article, the Fed is not likely to stop this bubble. It’s not entirely the Fed’s fault either as retail investors have a lot of cash and time to invest. However, the Fed has the power to get rid of the excess if it wanted to. A hawkish statement would change sentiment. As for now, we have a market that’s going vertical. As you can see from the chart below, the monthly Russell 2000 hasn’t been this far above its Bollinger Bands in 20 years.

Is It A Bubble?

If the stock market experienced a drawdown, there would be huge ramifications because pension funds and mutual funds have their lowest cash positions in decades. Everyone is fully invested. Anyone can have an opinion on whether this is a bubble or not, but the valuations don’t look good. As you can see from the chart below, the Russell 2000’s EV to trailing 12 month sales ratio is at a record high by far (going back to 1995).

The chart below uses interest rates to value the S&P 500. As you can see, the S&P 500’s 2 year ahead forward yield minus the 10 year yield has fallen below its average due to rising stocks and rising rates. If the 10 year yield gets above 2%, we could easily see the lowest implied equity risk premium since 2008. Currently, tech investors are confident about the rise in rates because their speculative stocks are doing well. However, with even higher rates and changing sentiment, that relationship can change. There is no reason to celebrate now.

The fact that new surveys are being funded to measure which stocks everyday people are buying, is a signal in itself that there is a bubble in market participation. It sounds great to “democratize markets”, but these new investors have no experience in dreadful markets that go down for years. People are being told the S&P 500 has recovered from every correction in history, so they are piling into stocks with no regards for potential losses. It’s scary!

According to the latest Consumer Dynamics report in Q4 2020, 20% of consumers invested in stocks/mutual funds which is 5 points above Q2 (plus 18% in retirement fund). 24% spent more on home improvements which is 2 points ahead of Q2. We think that will reverse later this year as people spend less time in their houses. Plus, home improvements last for years. Some demand was pulled forward.

24% of consumers spent money on holidays/vacations which was down 4 points from Q2. That decline occurred because of the 3rd wave of COVID-19. Vacation spending will increase dramatically this summer. 10% of consumers said they have no cash to spare. The $1,400 stimulus will really help them.

Yahoo Finance & The Harris Poll did a new survey of meme stock investing in January. 28% of consumers bought at least one share of a meme stock (the list of 20 companies can be found via this link). As you can see from the chart above, 10% of people bought AMC and 9% bought GameStop. That’s a massive amount of support for such small companies. 40% of people ages 18-44 and 40% of men bought shares. Most of the investments in these meme stocks were small as people seemed to understand that they were a gamble. 53% of the investments were less than $250 and only 15% were more than $1,000. That’s not to say, retail investors aren’t investing much more than they have in the past.

As you can see from the chart below, the purchase of equities by retail investors has been elevated since the March crash. Usually, equity purchases tick up during corrections. The maintained increase in purchases is evidence of a broad-based market bubble similar to the late 1990s.

The recent rally in highly shorted stocks is the biggest ever. That’s why we say this is the worst market to short ever. It’s much different than the late 1990s bubble. The ‘dash for trash’ makes even less sense than when speculators bought up internet stocks in the 1990s that had little sales and no profits.

As you can see from the chart below, the top 10% most shorted stocks divided by the Russell 3000 is up 147% since the March bottom. Keep in mind, this ratio falls 6.9% per year on average. Every time an investor tries to short stocks because this rally has been unpreceded, they lose. Generally, when a move in markets is extreme, it gets more extreme rather than normalizing. It always ends though.

There is a bubble in stocks. The Fed will not take away the punchbowl because the real economy is weak. An unprecedented number of Americans invested in meme stocks. Those speculations may have been small, but overall retail involvement in the market is very high. Some say this is a “new normal.” We think this is a temporary mania. However, manias can last for years. It hasn’t worked to step in front of the market by shorting stocks. Short sellers have never done worse than now.