Most Weakness Since The Financial Crisis 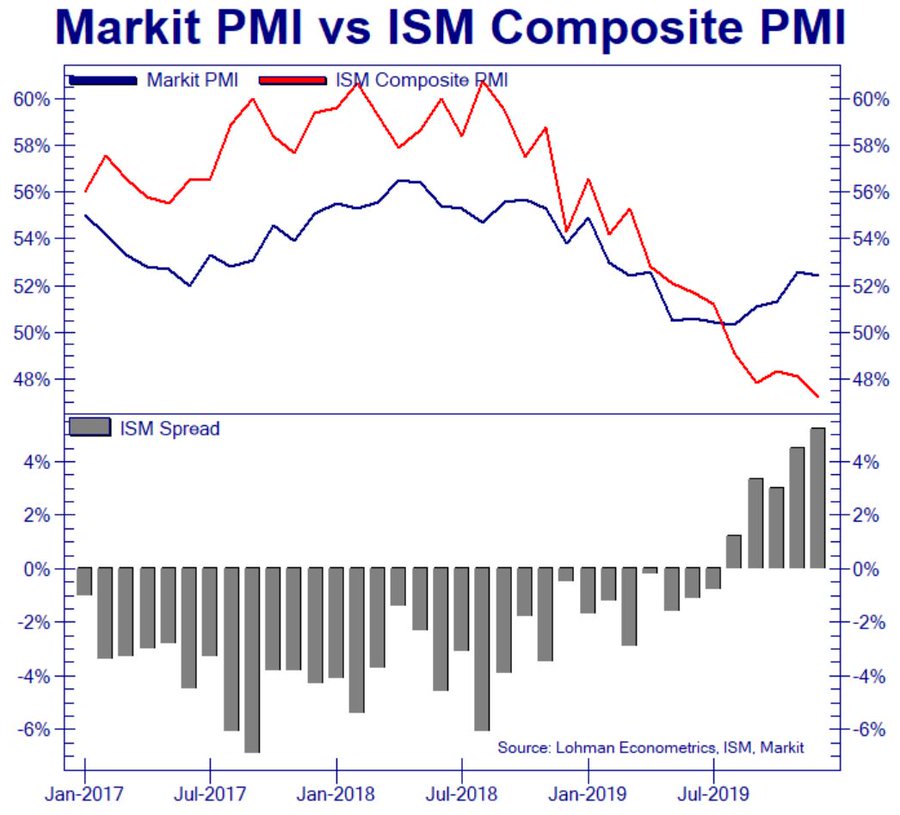 On December 11th, the Fed didn’t hike or cut rates. It released its Minutes from that meeting on Friday which we will review here. The Fed discussed the rise in the stock market when the Minutes stated, “A few participants raised the concern that keeping interest rates low over a long period might encourage excessive risk-taking, which could exacerbate imbalances in the financial sector.” Low rates “could make the next recession more severe than otherwise” if risk-taking leads to financial instability.

On the one hand, the stock market doing so well limits the odds of a cut in the intermediate term. On the other hand, the Fed probably won’t hike rates because stocks are elevated. To be clear, the stock market isn’t that elevated. According to FactSet, as of December 20th, the S&P 500’s forward multiple was 18. This isn’t a bubble that needs to be curtailed. It’s an overbought market that should lead to weaker than average future returns. Hence, the Fed probably won’t be aggressive in curtailing the rally. There is currently a 63% chance of a rate cut in 2020. The market doesn’t take the Fed’s concerns seriously.

Completely countering the worries of low rates catalyzing financial instability, the Minutes also showed that the Fed wouldn’t be content with consistently below 2% inflation. That’s dovish sentiment. The Minutes stated, “participants generally expressed concern regarding inflation continuing to fall short of 2%.” At its ‘Fed Listens’ public forum, the Fed stated low inflation can hold back growth. The Fed wants to better communicate that thesis because the prevailing wisdom among Fed critics is that the Fed is hurting consumers because it wants the prices of goods to rise.

It’s tough to gauge the impact of the Minutes on markets because treasuries rallied and the odds cuts increased due to the weak ISM PMI and geopolitical worries.

Once again, there was a large divergence between the Markit manufacturing PMI and the ISM PMI. As you can see from the chart below, the divergence increased in December.

Let’s start with reviewing the Markit report. The final December Markit manufacturing PMI was unchanged from the flash reading; it fell 0.2 to 52.4. That’s better than the average of the regional Fed indexes which indicated a modest contraction. Manufacturing growth is somewhere between modestly negative (if you believe the regional Fed & ISM reports) and slightly positive (if you believe Markit). The ISM report was the weakest as we will get to next.

More importantly, on a sequential basis there was weakness everywhere you look. The stock market has been pricing in a recovery as many expect the bottom in manufacturing to be in Q4. If that doesn’t happen, markets will need to reset their expectations which could lead to lower prices. Technically, the Q4 Markit PMI was the highest since Q1, but combining its slight decline in December with the other reports makes the sector look weak sequentially.

Output growth fell, but was still positive. Client demand and new order volumes increased. New business growth was the 2nd best since April. New client and export sales growth helped new business growth. New export orders were up for the 3rd straight time. Input price inflation hit a 9 month high because of higher supplier costs and tariffs. The impact of the tariffs will fall a bit with phase 1 of the trade deal done, but the global cyclical upturn should push supplier costs up. Output inflation was the joint highest since February. Manufacturing optimism increased from November, but was still weak. Employment growth was the 2nd fastest since May.

For some reason, even though each regional Fed index fell and the more bullish Markit PMI fell, estimates were for the ISM PMI to increase from 48.1 to 49. It ended up falling to 47.2. On a rate of change basis, it makes sense that it fell. However, its recent relative bearishness versus other reports has been unusual. This explains why the ISM PMI was the worst since June 2009.

Be careful of assuming this slowdown is worse than the last manufacturing recession. Manufacturing production’s weakest growth this year was in October as it was -1.6%. It troughed at -2% in November 2005. Based on comps, the best chance for a new cycle low is in December. Growth was -0.7% in November and the comp gets 0.6% harder. After that, comps get easier.

The ISM PMI is equal to 1.3% GDP growth which is below most Q4 estimates. Q4 growth will mostly be determined by the consumer, not manufacturing. Specifically, the new orders index fell from 47.2 to 46.8 and the production index fell from 49.1 to 43.2. The employment index was down from 46.6 to 45.1. Just like in the Markit report, the prices index increased. It rose from 46.7 to 51.7.

Just like in the Dallas Fed report, only one firm in the comment section mentioned tariffs or the trade war. A food, beverage, and tobacco products firm stated, “Starting to see suppliers try to pass on costs associated with tariffs. Uncertainty on the trade front continues to keep agricultural markets on the defensive.” Investors who thought phase 1 of the trade deal would end the manufacturing weakness will be disappointed. This was a cyclical slowdown.

The December Minutes showed the Fed was worried about excess speculation in financial markets, but was also worried about low inflation. Ultimately, it seems likely that the comment on speculation may not actually change the Fed’s actions as it relates to cutting or hiking rates. The Markit PMI showed slight weakness, but is still above 50. Since it fell, we can say all manufacturing reports show December was worse than November. The ISM report is signaling the most weakness since the financial crisis. Let’s wait until the December industrial production report comes out to declare this to be the worst slowdown since then. This weakness has been wider in scope than 2015-2016, but industrial production growth won’t fall as low. Manufacturing production growth has one opportunity to make a new cycle low. That’s in December. After that the comps start getting much easier. Industrial production growth likely won’t make a new low.