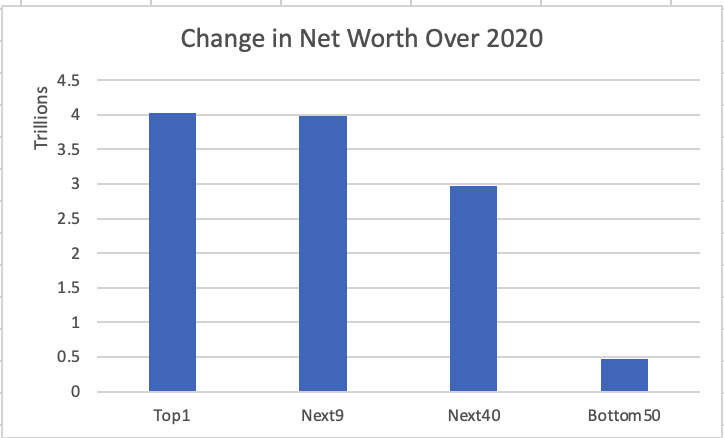 We suggested the market might come to understand the Fed’s new average inflation targeting policy following its March meeting. However, that hasn’t fully happened yet. The Fed’s raised GDP and inflation outlook didn’t change its zero percent interest rate policy. It still doesn’t expect to hike rates through 2023. As you can see from the chart below, the market is still expecting more rate hikes than the Fed is guiding for. If the market was an FOMC member, it would be the most hawkish member.

We saw markets mistakenly price in hikes for most of the past expansion. The market was wrong for years before the hike cycle started. We’re in a similar situation except the recovery will be quicker and fiscal policy is more expansionary. Furthermore, the temporary bout of inflation should be larger than any peak in the past decade. You can say it will be tough for the Fed to avoid reacting to a temporary rise in inflation. However, it would also be hard to hike rates this year or next year without losing credibility because it has been so dovish at the past few meetings.

If someone would have told you 2 years ago that in 2020 there would be a pandemic catalyzed recession, yet everyone’s net worth would rise, you wouldn’t have believed them. The scale of the fiscal and monetary stimulus following the pandemic is unappareled in the past few decades. Wealth was transferred to Americans at the expense of the government and the Fed.

As you can see from the chart below, the top 1% of net worth gained $4 trillion last year. The bottom 50% gained $470 billion. The top 1% benefited from the roaring housing and stock markets. Almost every asset has done well since March 2020. The bottom 50% was helped by the transfer payments.

Back in the last expansion, we discussed how the bottom 50% didn’t own stocks. That changed in 2020, but it might not have been a good shift. New investors bought risky stocks, treating the market like a casino. Of course, the term risky is subjective. However, most sober minds believe thousands of percent gains in unprofitable businesses with no catalyst are probably not sustainable. Many new gamblers will retort that they know it’s not sustainable. However, the crowd always gets hurt when bubbles implode. This will be a net negative for the bottom 50% when the euphoria dies down.

Ohio Mucks Up The Data

Ohio has been ruining the national unemployment claims data even though it is a small state. Even a small state can mess with the data if it gets crazy enough. The number of PUA claims fell from 478,000 to 282,000. That was catalyzed by Ohio’s PUAs falling from 262,000 to 45,000. That has nothing to do with the economy and everything to do with the quality of the data improving. National non-seasonally adjusted jobless claims rose from 722,0000 to 746,000.

As you can see from the chart below, Ohio’s data has ruined the clarity of the trend.

Ohio was 18% of US initial claims 2 weeks ago. It fell back to 15% this past week which means national data got worse. Claims rose in spite of the decline in Ohio. That’s bad news because Ohio’s data shouldn’t be taken seriously. It’s bad to see claims not falling fast since COVID-19 is quickly receding in America. Seasonally adjusted claims rose from 725,000 to 770,000 which was above the highest estimate of 733,000.

In the week of March 6th, continued claims fell from 4.142 million to 4.124 million. That slight decline followed a big decline the week prior. The total people on all benefits programs fell from 20.12 million to 18.22 million in the last week of February. This has been in the high teens/low twenties for months. The hope is it can start falling in March because the government won’t extend benefits indefinitely.

Many of the hard data reports in February were manipulated by the winter storms in Texas. The economy is still doing well according to the survey data. Normally, we like the hard data better because it tells us what is actually happening. However, if a one-time event makes it look different from the trend, you need to toss it out.

As you can see from the chart below, the Philly Fed manufacturing survey from March reached the 2nd highest reading ever. This data goes back to the late 1960s, making this impressive. 58.9% of businesses said general business activity was up from February. Just 7.1% said it was down. That probably won’t be repeated anytime soon. It’s hard to get better than that.

The new orders index was up from 23.4 to 50.9. The prices paid index was beyond absurd. It rose from 54.4 to 75.9 which was the highest reading since this started being measured in March 1980. Investors wouldn’t be shocked at the rise in the 10 year yield if they looked at data like this. The 6 month expectations index for business conditions rose from 39.5 to 61.6. The expected prices paid index rose from 53.6 to 67.7.

The market still doesn’t fully understand that the Fed doesn’t plan to hike rates in the next 3 years. The market won’t be able to move the Fed to hike. Every income category saw its net worth rise in a year with a recession and a pandemic. That’s a shocking sentence to read. Ohio results have been ruining the national unemployment claims data. That being said, this past reading wasn’t good. The March Philly Fed index was very strong. The prices paid index exploded. It signals inflation is increasing quickly.