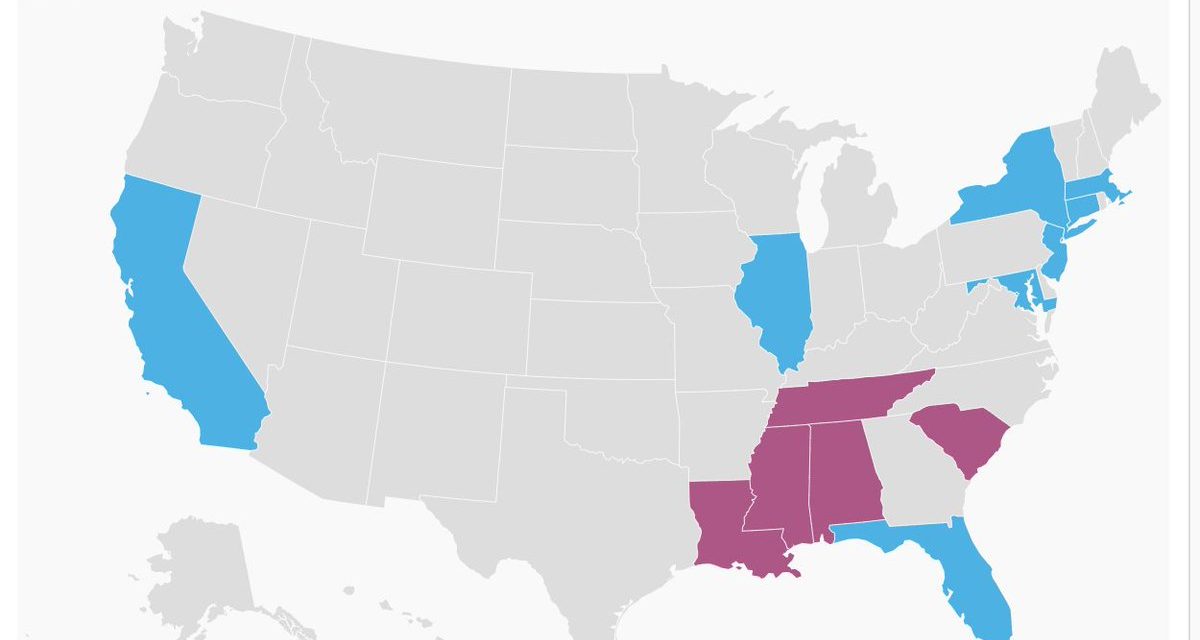 Obviously, the most followed election was for the presidency and the 2nd most followed election was for the Senate. You don’t need us to tell you about those. However, when the dust settles, the ballot initiatives will be in focus. The most prominent economic initiative on the ballot is almost always raising the state minimum wage because the national minimum wage is often argued to be very low. A low national minimum wage is not necessarily a mistake because a low minimum wage allows states the flexibility to adjust the wage based on their cost of living. It’s further adjusted based on if someone lives in the city or rural areas.

The goal is to allow businesses to be competitive, but give working people solid wage growth. The minimum wage usually increases the most in expansions because raising it has the least impact on employment when labor is scarce. Usually, in recessions the minimum wage is ignored because people just want a job even at low pay. Low pay is better than no job.

The $15 number has become a campaign slogan. The timing of when it is implemented gives states the flexibility to join the plan without hurting businesses. Sometimes small businesses have a lower minimum wage than big businesses which further limits the impact on the labor market (good and bad). That being said, this increase will push income growth up for non-supervisory and production workers. It isn’t the worst timing because by September of next year, the virus could be gone and the hospitality industry could recover significantly. The current unemployment rate in Florida is 7.6%. It’s best to raise the rate (if raising it at all) when unemployment is below 5%.

Why Housing Is Booming

The housing market is on fire as we have documented for the past few months. We are very confident that this won’t lead to a bust like the last great rise in housing. To be sure, rates will determine the rate of change of price growth which, in turn, determines where home builder stocks go. However, a decline in home price growth in 2021 due to higher rates and tough comps doesn’t mean impending doom which is what some imply when they share charts with high price growth like the 2000s.

It helps to know the driver of the recent boom in housing. It’s no surprise upper middle class people with great credit are buying homes. You wouldn’t expect to see the people in the hospitality industry, who lost their jobs, buying houses. As you can see from the chart above, the value of mortgages given to people with below 719 credit scores has been stable since the burst of the housing bubble. The burst in buying has almost exclusively come from people with 720 and higher credit scores. Responsible people own homes. This is a stable market.

Two Reasons To Be Bullish On Oil Prices

In one sentence, the bullish case for oil is supply will be weak and demand will be strong. Oil investment is down because prices are low. Supply won’t be able to catch up to demand once prices rise because it takes awhile for big projects to produce oil. Yes, there are some drilled but uncompleted fracking wells, but the intermediate term trend is a friend of the oil bulls. As you can see from the chart below, energy capex and R&D are down by a huge amount.

There are a few factors in play conspiring against energy. Firstly, the major drillers are having trouble paying their dividends. They usually invest in down cycles, but this one has been too much even for them. Secondly, the banks don’t want to lend to energy firms because investors don’t like these loans. Energy got tons of capital in the 2010s and largely burned it. Now frackers need to be free cash flow positive instead of burning all the money. This will limit American supply growth. The capital flows to fracking will not be the same as in 2014 until oil prices are well above the median cost on a sustainable basis.

Finally, there is an ESG push which limits investment in fossil fuels even though they will still be relied upon for years. Even oil & gas firms don’t want to invest in fossil fuels. That will limit supply. As much as some people want renewable energy to dominate energy consumption, global usage will increase.

As you can see from the chart above, from the start of the last expansion to its end, oil consumption was stable in developed countries. We can’t have tunnel vision just because we live in the developed world and US stocks have vastly outperformed emerging markets. As you can see, demand from the rest of the world has been in a steady uptrend since the early 2000s. Global demand fell in 2020 because of COVID-19, but that cyclical decline has no predictive value for the secular trend in emerging markets. People in emerging markets are demanding more fossil fuels as their standard of living improves.

Once the news headlines stop driving the market up and down, we can settle on focusing on the implications of the ballot measures. It’s important to highlight Florida’s vote to raise its minimum wage because this was a red state. There appears to be a secular shift towards raising this wage. That will boost wage growth for production and non-supervisory workers.

The housing market won’t see this price growth indefinitely, but it won’t crash either because buyers are responsible with their personal finances unlike during the housing bubble of the 2000s. In the intermediate term (next couple years) oil prices will be pushed up by the decline in investment in production (long term projects) and the increase in demand from emerging markets which will overcome the potential modest decline in the developed world due to efficiency gains and green energy.