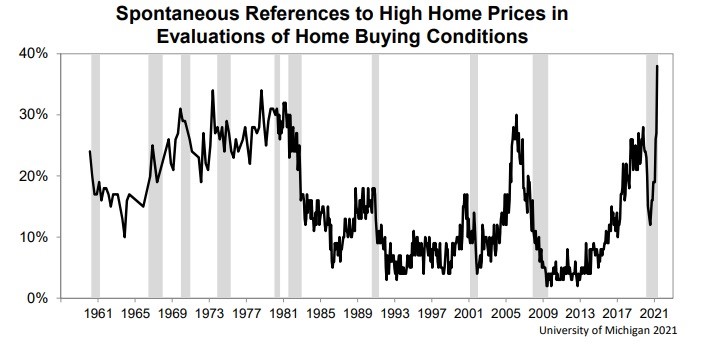 Our thesis for the past few weeks has been that the labor market is doing better than initial jobless claims signal. The labor market is actually getting closer to labor shortages which isn’t what jobless claims figures have suggested. The labor market is dynamic. Many industries are already struggling to find workers. There is a contentious battle between employers who say there aren’t enough workers and labor supporters who believe employers need to raise pay. Certainly, you can find someone to do a job if you raise pay enough. Of course, that severely impacts margins for small businesses. The plight of some industries struggling to find workers will spread throughout the country as the unemployment rate falls in the next few months.

In the week of April 24th, seasonally adjusted jobless claims fell from 566,000 to 553,000. That’s still quite high, but it’s the lowest reading since the pandemic began. The chart above shows unadjusted claims fell to 575,000. PUA claims are only 122,000. Continued claims actually rose very slightly from 3.651 million to 3.66 million. In the week of April 10th, the total number of people on all benefits programs fell 846,000 to 16.56 million which is still a ton of people. The labor market has definitely improved since April 10th, but that’s still a large number of people. We are within a couple months of extra benefits from the government not being necessary. However, it was better that the government made benefits readily available rather than pulling back too soon.

The chart below shows why prime age people aren’t working. As you can see, the percentage selecting sick/disabled/at risk has plummeted in the past few months. Once that response is normalized, the labor market should be nearly full since companies are going on hiring sprees. The percentage citing business reduction/furlough/temp closure has also fallen, although less so.

The consumer had a great April. It will be fun to see the final tally in the retail sales report. This summer will be amazing for domestic leisure and hospitality firms. As the chart below shows, JP Morgan card spending rebounded in the end of April after having a decline in the middle of the month. Clearly, the February 2020 reading is too difficult of a comp. The 7 day average of spending growth since February 2020 is still -2.4%. The 2 year ago comp is much better to look at. Spending growth on that comp is 12.1%.

The consumer sentiment index was up nicely in April. We would have been shocked if it didn’t increase. The overall index rose 4% to 88.3. Current conditions were up 4.5% to 97.2 and expectations were up 3.8% to 82.7. The highlighted graphic in this report was the percentage of spontaneous references to high home prices in evaluations of buying conditions.

As you can see below, in the 60 year history of this survey, there were never more mentions of high prices. That’s because there is a massive shortage in affordable housing. Entry level housing barley exists. We are far away from supply meeting demand (equilibrium). This is why some say, we need to see higher rates. Keep in mind, this isn’t a bubble like in the early 2000s.

Not A Housing Bubble

This isn’t a housing bubble, but the huge rise in housing prices isn’t healthy either. We want the housing market to be better supplied because higher prices hurt affordability. Of course, buying a house shouldn’t be considered the “American dream” because lifestyles and goals differ. However, owning a home can be a critical part of financial stability and building wealth.

This is the exact opposite of the 2000s housing bubble even though prices are rising just the same. As you can see from the chart above, mortgage credit availability hasn’t even recovered to where it was before the pandemic. Lending before the pandemic was nowhere near as easy as it was in 2005. That’s how far we are from that bubble. Demand is real and supply is scarce.

As we mentioned, just because this isn’t a bubble, doesn’t mean it’s good news. We don’t want home prices to continue increasing this much in such a short amount of time. This isn’t a stock where no one is hurt by a rising price (outside of short sellers of course). Affordability is taking a major hit. Furthermore, if rates were to spike, prices would fall, causing owners to be stuck with very high mortgages and lower equity. That could hurt consumer confidence.

The government can be painfully slow to react to problems in the system. That’s why we are so surprised by the stimulus in the spring of 2020. The government actually acted quickly to save people financially. That was a welcome shock for many. Getting back to how the government usually reacts, we turn our attention to corporate tax inversions.

The US government is finally on board with a global minimum corporate tax of 15% so corporations don’t flee to tax havens. The goal is for the G-20 to agree on a deal in the middle of this year. The chart above shows future tax revenue that could be lost to future tax inversions. If you glance at the fine print of this chart, you can see it was made in July 2014. The US government is just getting around to this problem 7 years later. It could have saved almost $10 billion if it would have gotten to this earlier. Remember, this plan will hurt the multinational tech companies the most.

Jobless claims keep falling, but they are still painting a worse picture of the labor market than reality. The April jobs report is coming this Friday. The consensus is for 853,000 private sector jobs added and for the unemployment rate to fall 0.2% to 5.8%. We will be closing in on full employment before you know it. Consumer spending soared higher in the end of April. More people are having trouble finding affordable housing than at any point in the past 60 years. This isn’t like the 2000s since lending conditions are quite tight. The US government is planning to support a global minimum tax.