It’s “So Easy To Make Money” In Everything 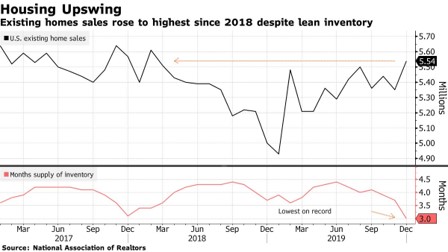 In a simple world without expectations, stocks would rise as much as earnings grow. As we know, it’s not a simple world as expectations rule the day. We often see investors jump the gun by buying before the first signs of economic and earnings improvement occur and selling before recessions start. Everyone is trying to get ahead and profit. Sometimes this can cause investors to get burned, but if you wait until your thesis has complete evidence before acting on it, you will lose out on most if not all of the profits. It’s like waiting for a team to have an insurmountable lead before betting on them to win. At that point, you won’t win much money if you are correct.

As you can see from the chart above, the explanatory power of EPS growth in predicting stock market returns is low. If you correctly forecast EPS growth, you won’t have a great idea what stocks will do. 1 year returns only have a R-squared of 11.9% with S&P 500 returns using data starting in 1988 which is when operating EPS history begins. Stocks are valued based on their future profits, but you can’t predict returns based on profit growth. As The Earnings Scout states, to be on the bleeding edge of expectations, look at the rate of change of future EPS estimates in relation to how they change on average. Look at what is priced in compared to what you think will occur and bet accordingly. Stocks rallied in 2019 without EPS following suit because the market started the year cheap (low forward PE).

The stock market isn’t as exuberant as it was in 1999 as that was a phase of extreme speculation. For example, in 1999 there were 546 IPOs which had their stocks gain an average of 68% in their first day of trading. With that said, there is one aspect current markets have over every other period in America since at least 1991.

The chart above shows the average percentile of the 1 year Sharpe ratio of the S&P 500, treasuries, investment grade debt, high yield debt, gold, and a 60/40 portfolio (60% stocks and 40% bonds) since 1999. To be clear, the Sharpe ratio is the excess returns an investment has over the risk free rate divided by its standard deviation. As you can see, the current average percentile of 89% is way higher than the peak of the 1990s tech bubble. It helps to have a bull market in stocks and bonds. This explains the title of this chart which states “it has never been so easy to make money.” It’s easier to make a profit if your investment doesn’t have volatility on its way higher.

An Updated Look At The Housing Market

Now that the unimportant first 2 weeks of the year are in the books, we can look closer at the MBA applications index. The housing market is still being helped by low rates. As of Janaury 23rd, the average 30 year fixed mortgage rate was 3.60%. It has been range bound near its cycle bottom for the past 7 months (it bottomed in September at 3.49%). In the week of January 17th, the MBA composite index fell 1.2% weekly after a 30.2% gain. Both the purchase index and the refinance indexes fell 2% after increasing 16% and 43% weekly. Purchase applications were up 8% yearly which is strong considering tougher comps are coming in 2020.

Existing home sales are still being compared to the very easy comps of late 2018. Specifically, in December existing home sales were 5.54 million. To be clear, just because the easy comp was a big reason yearly growth improved from 2.7% to 10.8%, doesn’t mean this was a bad report. It beat estimates for 5.43 million and the highest estimate which was 5.5 million. It increased from 5.35 million which is 3.6% growth (up from -1.7%). As you can see from the chart below, the months of supply fell from 3.7 to 3 which was the lowest on record. Supply fell 8.5% to the lowest since the data started being tracked in 1982. Sales were the highest since early 2018.

The stock market has rallied on the prospects of phase 1 of the trade deal possibly because it means there won’t be new tariffs soon, but what’s in the deal? The details aren’t so glamorous. As you can see from the chart below, phase 1 of the deal has the goal of increasing the total exports of the goods and services included in the deal. This could help boost those exports, but it will hurt exports not included in the deal and exports from other nations. This is managed trade not free trade.

Furthermore, because these goals are so ambitious, there will be increased tensions if China doesn’t achieve them. Phase 1 of the trade deal did nothing to lower tariffs and decrease trade barriers. The result could be worse than before the trade war started.

EPS growth doesn’t tell you where returns will end up. The Sharpe ratio for most major investments on average is 89%. This has been a great run for U.S. assets. The housing market has recovered from its weakness in Q4 2018. Look no further than yearly existing home sales to see that. Sales were strong despite the weakness in inventories. Phase 1 of the trade deal between the US and China isn’t good for the long term. That said, trade growth should recover in 2020 because of the cyclical recovery.