Is The Economy Strong Enough To Deal With This Crisis? 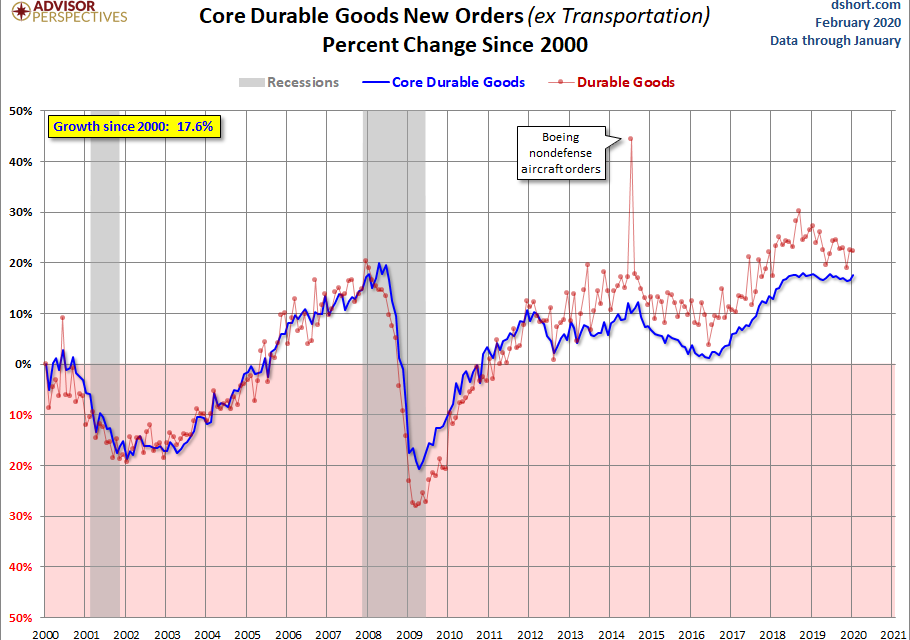 The Fed did an emergency 50 basis point rate cut on Tuesday. The media is now asking about the March 18th meeting. That’s logical because investors scoffed at the last cut. Further action will be taken. The Fed only has until Friday to calm investors because that’s when its blackout period starts. When asked about the March meeting Bullard stated, “We certainly can keep our options open there, but since we kind of pulled that decision forward, I’m not sure you should put a lot of weight on the March meeting right now.”

At first you might think Bullard was trying to take away the rate cut the market priced in. However, that’s not what he was doing. He knew the market already priced in 1 cut and might have started pricing in a 2nd. (As of Thursday, that 2nd cut is almost fully priced in.) He wanted to stem the tide because he knows the Fed is running out of room before it gets to the zero bound. JP Morgan sees a 50% chance rates hit 0%.

Fed’s Cuts Can’t Be The Only Solution

Not only is the Fed nearly out of room to cut rates, but also cuts aren’t the most effective policy. The best solution is a joint plan with the Fed and Congress participating. The goal should be to help small and medium sized firms without access to credit to avoid them going bankrupt. Pure capitalists might object to the government helping small firms, but it would be much more politically feasible than bailing out large firms like the banks or car companies.

The House passed a $8.3 billion package of emergency funds to combat the virus. That includes more than $3 billion in vaccine research and $2.2 billion in prevention and preparedness efforts. The bill passed the House 415-2. That’s great because it means future emergency packages will have widespread support. This isn’t enough though; it’s just the first step.

The Economy Was In Good Shape

There is a big debate over whether the US economy was in good shape prior to the coronavirus or if growth was slowing. If someone follows macroeconomics closely, they are biased to say the macro picture predicted whatever is happening even when there is an exogenous catalyst. We cover macroeconomics very closely, but freely admit that it’s not everything. Macro trends can’t predict exogenous catalysts like a pandemic. Macro advisors aren’t saying they predicted the virus, but they’re saying the economy was on weak footing anyway which makes the overall bearish call correct. Just as we say that stocks being somewhat expensive made the market vulnerable to a correction, they say the economy was vulnerable.

The reality is the economy had a slowdown last year, but the economic data in January was good. This is important because it’s better for the economy to be in good shape when dealing with a negative shock to the system. The Atlanta Fed Nowcast currently shows there will be 2.7% GDP growth in Q1.

This nowcast takes in the data and tells you the pace the economy will grow at if the data is accurate and the reports stay at the same pace for the rest of the quarter. Data is often revised and trends change. GDP growth usually doesn’t hit the Atlanta Fed’s initial estimate. That doesn’t mean the nowcast was wrong. It just means the data changed. You can only judge the nowcast at the end of the quarter. Our point is it is a great summary of the quarterly economic data. The Bloomberg economic surprise index recently hit a 2 year high. The data has been strong.

The January construction spending report was very strong. Monthly spending growth was 1.8% which beat estimates for 0.6%. The previous report was revised higher from -0.2% to 0.2%. As you can see from the chart below, yearly growth increased from 6.4% to 6.8% which is the highest growth since February 2017.

The Fed is in a bind when it comes to rate cuts because it might be just 2 cuts above the zero bound after the March 18th meeting. However, rate cuts are only part of the solution. Congress and the Fed need to make sure small and medium sized firms have access to capital when their business runs dry. The good news is the economy was on firm footing before the coronavirus occurred. It’s easy to mistake this for continued weakness because there was a slowdown last year. You can see the strength in the Atlanta Fed GDP Nowcast, the economic surprise index, the construction spending report, and the 2 year growth stack in durable goods orders. There was also strength in pending home sales and the regional Fed manufacturing reports.