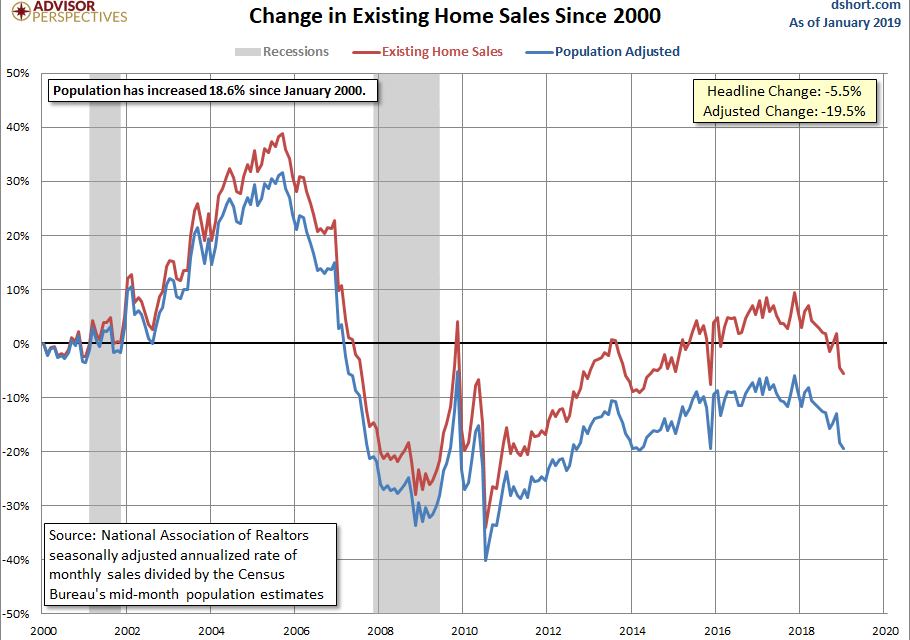 Index fund investing has become very popular in the past few years as investors love their low fees and hate how most fund managers underperform the market. There is a huge incentive for fund managers to spread negative information on index funds. We believe indexes are the best way to invest if you don’t have the inclination to do in-depth research. If you are reading this, you probably do invest on your own, but you can still tell your friends about the positives of index funds.

The biggest misleading information about index funds is that a high percentage of stocks in the Russell 3000 are losing money. Since the standard PE multiple calculation ignores the money losers, those against index funds and the bears say you need to be wary of them. The same has been said about the Russell 2000. The stat shared is that about 25% of Russell 3000 firms don’t make money. If someone is considering investing in the Russell 3000, they might get scared out of it especially because the percentage of money losers has increased over time. Investing in firms that lose money can be very risky and the fact that their percentage has gone up implies the index is overvalued.

The reality is that most of these firms that don’t make money are small biotech stocks. The smallest stocks have the least impact on the index which means investors who own the index have little exposure to these money losers. It’s highly unlikely these firms will impact the overall index meaningfully unless they become profitable, defeating the worry. The money losers represent 7% of the market weight by trailing earnings and 1% by next 12 month earnings.

When valuing international markets, make sure to track sector weightings. If you buy into a country that has a high weighting in financial stocks, that’s a de facto bet on the financials. It’s like how buying American ETFs that track the market is a de facto bet on the big internet names. The table below explains why American stocks have a higher return on equity than European stocks.

The US has a 20% weighting in information technology while Europe only has a 5% weighting. Europe has double the consumer staples weighting.

To be clear, there are several categories to fall into when you review this. Some investors think competition will lower the return on equity of the high return sectors, evening everything out. Some think each country will eventually see a balancing where they all have similar sector weightings. Finally, some think they can’t pick which sectors will do well, so they don’t mind the weighting differences. These groups of people in this category won’t act on this sector weighting information.

However, it’s still important to know what you own and why valuations and returns are where they are. If you think you can pick the best sectors and that tech stocks have a structurally higher return on equity than sectors like materials, financials, and consumer staples, it would make sense to go overweight the American market and underweight the European market if they had similar multiples. Europe has a lower multiple, but its economy has had structurally less growth than America’s partially because of its lower population growth. These are all aspects to consider when deciding how to weight your portfolio geographically.

Where Is The Earnings Recession?

The table below shows earnings estimates have slowed their descent in the past couple weeks. That’s because there have been fewer firms reporting earnings, so there were fewer chances for firms to issue negative guidance which would catalyze negative estimate revisions. That’s not a great reason for estimates to stop cratering, but at least 2019 estimate declines will stabilize in the next few weeks before Q1 earnings season starts.

Now we will review the 3 latest housing market data points. The first is the February housing market index which increased from 58 to 62, beating estimates for 59. It beat the high end of the consensus range which was 60. The present sales index was up 3 points to 67, the 6 month sales index increased 5 points to 68, and the traffic index increased 4 points to 48 which still signals a decline. The strength of this report was probably catalyzed by declining mortgage rates. The 30 year mortgage rate fell from 4.94% in November to 4.37% as of February 21st. The West was the strongest region as its index was 67. The South was at 66, the Midwest increased to 55, and the Northeast fell to 45.

The weekly MBA applications index was up 3.6% after falling 3.7%. The purchase index was up 1.7% for a yearly increase of 2.5%. That followed a weekly decline of 6%. The refinance index increased 6.4% from decline of 0.1%. Some homeowners who purchased 3 months ago will want to refinance their loan already.

Existing home sales were very weak in January as the chart below shows.

Supply increased from 3.7 months to 3.9 months as resales on the market increased 3.9%. That’s bad for prices, but good for the market because supply has been very low in the past few years. Resales fell 2.9% monthly and 13.8% yearly in the West to a rate of 1 million. The South saw a 1% monthly decline and an 8.4% yearly decline to 2.08 million.

No Recession Driven By Housing

The chart below shows adjusted for population, existing home sales fell 19.5% yearly and have been falling the entire cycle. This shows how small the housing market has gotten.

It would be impossible for the housing market to catalyze a recession like it did last cycle when population adjusted existing home sales growth exploded.