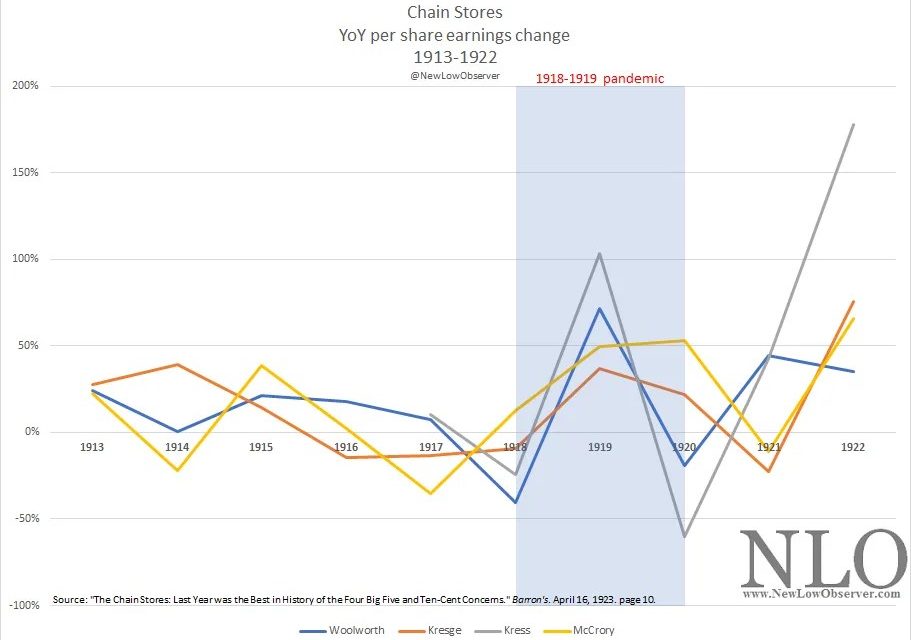 The Fed’s current target for inflation makes it very difficult to see it hiking in the intermediate term. That being said, these rules aren’t set in stone. In fact, this is the first hike cycle where the Fed has decided to only hike after the average inflation rate hits its target of 2%. We could easily have a new Fed chair by the time the Fed hikes rates next. Powell’s term as chair expires in February 2022. Biden will probably want a new chair, but we don’t know yet.

The rule is set up so that there won’t be hikes. In the last expansion, the 3 year rolling core PCE rate hardly got to 1.8% let alone 2%. It’s quite obvious that the Fed won’t hike rates no matter what this year. However, it will be interesting to see how it reacts to higher inflation in 2022 and 2023; the 3 year average inflation rate will be dragged down by 2020’s low numbers for 3 years. Let’s see if the Fed sticks to its plan in 2022 even if the unemployment rate is low and the economy has fully recovered. Remember, the Fed’s new rule just says the average rate needs to get to 2%. It never gave a specific timeframe. This 3 year metric is only HSBC’s estimate. If the Fed really doesn’t want to hike rates, it can easily make the average 4 or 5 years because it has mentioned having 2% rates for a cycle. A business cycle is typically longer than 3 years.

We Have An Old Precedent

There is some debate over whether there is pent up demand. We find that surprising because the savings rate is over 20% and hundreds of thousands of jobs will be created within a few months of the reopening. Demand is certainly there. It’s human nature to want to go out and experience life in groups again. Humans are social creatures. It won’t be long until we find out the results. America is within a few weeks of giving full vaccine coverage to people over 65 years old. At the current vaccination rate, it will only take 7 months to vaccinate 75% of America. There are only 46,738 hospitalizations. The 7 day average of new cases in California is down 89% from the peak in January.

The chart below takes a closer look at 3 of the most prominent chain stores in the early 1900s. As you can see, they all had at least 50% yearly growth in 1919. We are going to see such high growth numbers in the leisure and hospitality industry this summer.

In the past few articles, we have mentioned that low volatility stocks are underperforming the market by the most in a long time. The exact opposite of this is the outperformance of high beta stocks. As you can see from the chart below, high beta stocks have beaten the S&P 500 by more in the past year than any point since at least 1991. This outperformance will get much better in the next few weeks until we lap the bottom.

This is an early cycle phenomenon that typically doesn’t last long. We should see high beta start to outperform by less over the next few quarters. This time is much different than 2003 and 2010 though. We are seeing late cycle speculation which usually occurs before major tops. It’s possible that high beta actually underperforms the market in the next year. Be careful of taking too much risk.

Not So Bad For State & Local

Typically, in recessions state and local governments take a massive revenue hit because people are out of work. This time the hit was much briefer than typical recessions. That’s because the stimulus allowed state sales tax collection to fully recover by July. 2021 will be a boon for state sales tax generation because consumers will spend the money they have been saving. Furthermore, property tax collection stayed high. The only tax collection in decline as of December was income tax.

The results vary dramatically throughout the country. As you can see from the map below, Nevada had an 11.8% decline in tax revenue because it is highly exposed to the leisure and hospitality industry in Las Vegas. Tourism also took a hit in Florida as it was down 11.3%. On the other hand, California was up 1.2%. Once the pandemic is over, state and local governments shouldn’t have a problem bringing back all the teachers they need for in person learning. Obviously, a lot of that has already begun.

If the Fed only hikes when the 3 year average core PCE inflation rate gets above 2%, it might not hike for years to come. Under the normal perspective where the Fed looks at unemployment and inflation, hikes could easily be justified in late 2022. Spending soared following the 1919 pandemic. The same will happen later this year. High beta stocks probably won’t do as well in the next 12 months as they have done in the last 12 months. State and local taxes collected have fully recovered. Collection should get even stronger because hiring and spending will spike in the next few months.