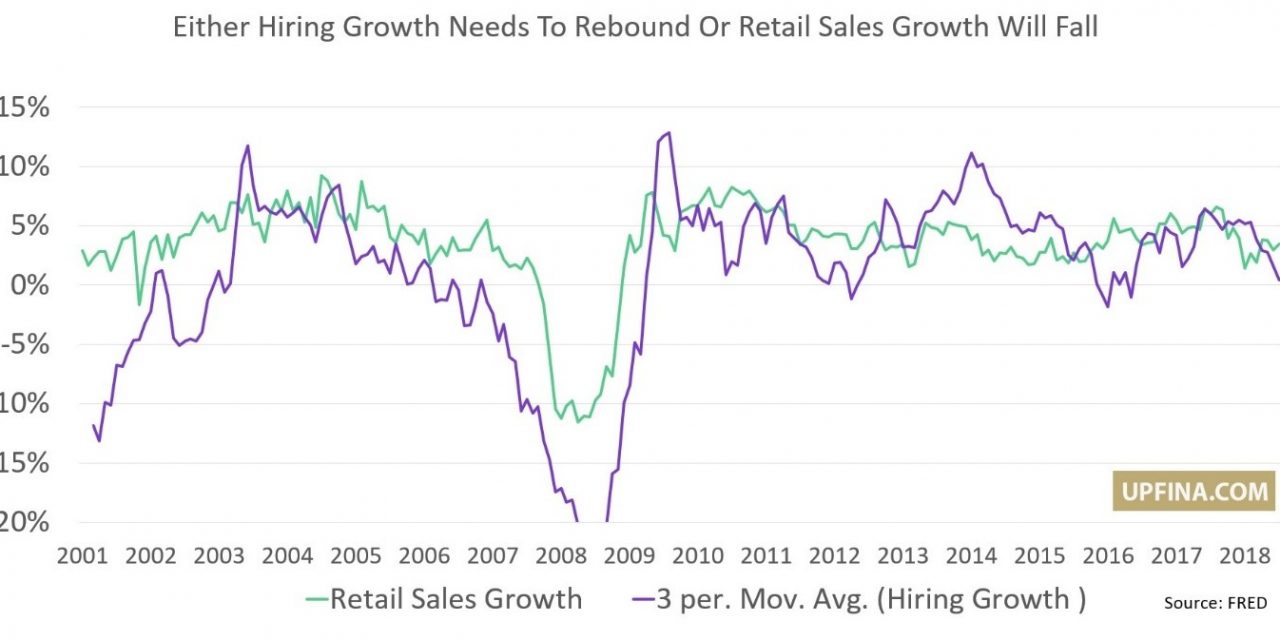 For much of this expansion, the Fed has wanted inflation to increase as it would signal economic growth was strong. We can debate whether the economy needs to generate inflation to be strong, but we can’t debate that the Fed’s goal is 2% inflation; core (PCE) inflation has spent much of this cycle below that rate. However, the situation has changed with the Fed cutting rates. The Fed now needs core inflation to stay below 2%, so it can keep cutting rates to support the economy as it deals with the negative impacts of the trade war.

Fed Gets Support From Core PPI

With that understood, this was a good July PPI-FD (producer price index final demand) report for the Fed because core PPI fell. Firstly, headline PPI was 1.7% which met estimates and was the same as June. Interestingly, energy prices boosted monthly inflation and hurt yearly inflation as energy was up 2.3% monthly and down 4.4% yearly. Food inflation was 2.5% yearly.

Delving into the most important part of this report, core PPI fell from 2.3% to 2.1% which missed estimates for 2.4%. That’s a big miss. As you can see from the chart below, core PPI has recently been falling sharply, while core CPI has been stable.

While the Fed focuses on core PCE inflation, it wouldn’t hurt to see core CPI fall below 2% (it’s at 2.1%). This would silence some Fed critics. The Fed might be running out of ammo by cutting rates now (rates are near zero), but at least it has the support of limited inflation.

Finally, core PPI excluding trade services fell from 2.1% to 1.7%. Core PPI was lifted by trade services inflation which was 3.3%. This report implies the Fed’s favorite inflation metric (core PCE) will show weakness, allowing it to cut rate in September. Core PCE would need to rise significantly for the current 100% chance of a September cut to not be realized. Monthly core PCE was -0.1% and overall PCE inflation was 0.1% in the PPI report. The Fed won’t be pressured to stop cutting rates when the July PCE inflation reading comes out on August 30th.

It’s not a shock to see that hiring and retail spending growth are correlated. Obviously, if people aren’t getting hired, the labor market isn’t strong which means consumers aren’t spending. The chart below compares yearly retail sales growth (including food services) with the 3 month moving average of hiring growth.

Monthly hiring was too volatile, so we used the 3 month moving average. As you can see at the right end of the chart, the two variables have recently diverged. Retail sales growth has been in the low single digits and hiring growth has recently gone negative. It was -2.2% in June. The July retail sales figure comes out on August 15th. Let’s see if it continues this recent divergence.

There have been periods such as in 2012 and 2016 (the other slowdowns in this expansion) where hiring growth was negative while retail sales growth was positive. However, if this weakness in hiring growth continues, retail sales growth will inevitably come down. This is just like how income growth can fall below spending growth, but eventually either income growth needs to improve, or consumption growth will decline. There’s only a certain amount of money consumers can borrow.

There Is Housing Supply?

Conventional wisdom in real estate says that there is limited housing supply, making it tougher for new buyers to find affordable housing. The support for this is that housing starts are low, which makes it tough to buy a starter home. Let’s review what the data has to say about that thesis.

As you can see from the chart below, even though there haven’t been as many houses built this cycle, there has been an increase in supply relative to sales recently.

The spike in the late 2000s needs to be ignored, because such a run probably won’t be repeated in the near future. There certainly isn’t much incentive for homebuilders to keep building homes in the current environment as in the past few quarters, supply has been elevated and home price growth has fallen. Yearly home price growth of 3.4% in May was the lowest since September 2012.

Millennials might be shirking the typical starter home which is a smaller cheaper home that young buyers grow out of after a few years, however, don’t get this mixed up with thinking that if there were just more housing starts, there would be more starter homes. The reality is new homes aren’t sold to first time buyers because they are too expensive. As you can see from the bottom graphic below, 91% of the homes bought by first time buyers are existing homes.

The cost of housing is obviously a big issue for first time buyers because young people don’t have as much money saved as older people buying new homes. Even though you can put as little as 3.5% down on a house if you are a first time buyer, it doesn’t mean you should. 69% of homeowners overall said they should have saved more for a down payment. You can’t go back in time and do it over. It’s best to save for an extra couple of years to be secure in your purchase. You don’t want to be house poor (owe more than your income allows).

Millennials may stick to owning smaller homes for their whole lives. That’s because the average household size is shrinking. The chart below shows in 1980 there were 2.8 people per household and now there are 2.5 people. As you can see, this has occurred while new single family homes have gotten larger. Thankfully, millennials can still rely on smaller cheaper existing homes. Millennials might not want to buy these large new homes from baby boomers in the future when boomers are selling.

Core PCE inflation in July will be below 2% again, allowing the Fed to stick with its September rate cut which is already fully priced in. Hiring is falling yearly. If that continues, retail sales growth will fall. Housing supply isn’t the biggest issue; it’s demand. While housing starts are low, young first time buyers don’t need new homes to be built because they usually buy existing homes because they are cheaper. Cheap new homes can’t compete with existing homes. Millennials may stick with smaller homes because they have smaller families.