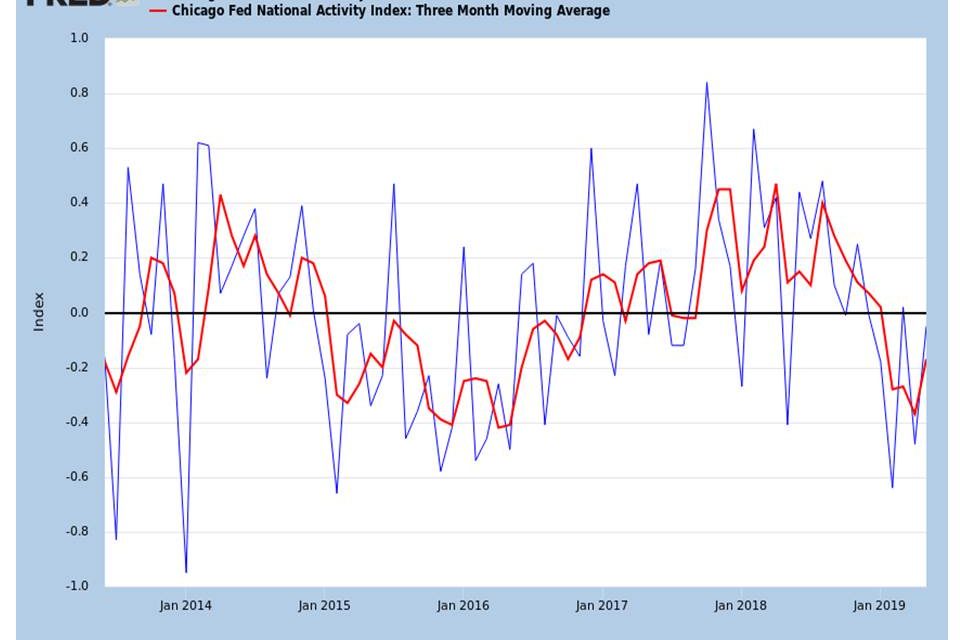 The rally in the first half of 2019 and in June is historic as this could be the 6th time ever the S&P 500 is up 10% or more in the first half and 5% or more in June. The returns in the prior 5 examples in the 2nd half all didn’t match the first half gains, but that’s not surprising as it’s not common to see stocks spike double digits in 6 months especially after a rally. The best way to take this data isn’t to use it to predict future returns, but rather to reflect on the recent past with some context.

The quick summary of this fantastic performance is the Fed has switched sides (hawkish to dovish), the economy didn’t enter a recession like was feared late last year, and earnings growth didn’t turn out as bad as expected in Q1 & probably Q2. There is built in hope on trade policy, but we have nothing to report on to tell us if that is right.

The stock market has climbed the wall of worry which is made up of a cyclical slowdown, a trade war, and uncertainty on monetary policy. While a rate cut in an economic expansion that’s weakening doesn’t sound terrible, the Fed doesn’t have much ammo as rates are starting this cut cycle the lowest since at least 1955. They will get much closer to the zero bound if the Fed starts with a 50 basis point rate cut.

We continue our assessment of what this first rate cut means with the chart below which shows rate cuts plotted on a chart of the financial conditions index.

It’s no surprise a rate cut with loose financial conditions is an unusual circumstance as the Fed cutting rates with very loose conditions is like a firefighter showing up at a lake or a lifeguard at a desert. The 1995 rate cut that is commonly referred to by the bulls as a similar circumstance occurred when there were slightly tighter conditions.

The increased reliance on forward guidance might make prior circumstances not fully comparable. If the Fed stated emphatically that there was no way it would cut rates this year, there likely would be a big decline in the stock market and a spike in the stress level of financial conditions. The Fed is doing the opposite as it is suppressing volatility by being dovish. To be clear, since 1975 rate cuts have occurred 26 times with the S&P 500 having year to date gains of 15% or more. However, rate cuts are now not the only way to set policy as the initial change in guidance in late December 2018 set up this rally and the eventual rate cuts in the 2nd half of 2019.

As you can see from the chart below, when the Fed funds futures market expects an action 31 days in advance of the decision, the market is correct 75% of the time. With the market going as far to price in a 34.3% chance of a 50 basis point hike in July, it’s highly likely there will be at least a 25 basis point cut next month.

Rate cuts in an economic slowdown aren’t necessarily the perfect policy that will suppress volatility forever and prevent the next recession. That’s because like always, there are risks to the downside and the upside. Rate cuts could be a big mistake if there is a trade deal and a sudden cyclical improvement in economic activity and inflation. They might not be enough if the tariffs grow larger and the cyclical slowdown gets worse. To be clear, we aren’t saying insurance cuts are a big mistake. We are just highlighting the risks. In essence, by the Fed cutting rates with loose financial conditions and a hot stock market, the Fed is predicting the markets are wrong about the economy as it’s worse than markets are pricing in.

The May Chicago Fed National Activity index suggests the economy isn’t doing so poorly and isn’t in need of a rate cut. As you can see from the chart below, the index improved from -0.48 to -0.05. It went from almost signaling a recession is near, to signaling the slowdown could be ending. This May reading beat the consensus of -0.18 and the highest estimate which was -0.15.

We look at the 3 month average to smooth such volatility. It also improved markedly. It increased from -0.37 to -0.17. However, the improvement wasn’t as great when you compare it to the average before the recent revision. It was initially -0.22. Utilities and motor vehicles production added 40 basis points in May instead of taking away 40 basis points like they did in April. The employment reading took away 6 basis points instead of adding 5 basis points as headline job creation of 75,000 in May was weak.

Plenty of people are willing to say the June Dallas Fed manufacturing report was terrible because of the big decline in the general business activity index. It fell from -5.3 to -12 which missed estimates for -1 and the worst estimate which was -6.4. The reality is the current report was mixed and the future reading was terrible because of fears over the trade war. The current production index increased from 6.3 to 8.9 and the new orders index increased from 2.4 to 3.7. The big issues were the outlook and uncertainty. The outlook fell -3.8 to -5.5 and uncertainty rose 5.5 to 21.6. Furthermore, 6 month expected production fell 11.3 points to 25.2.

The situation is best summarized by a machinery manufacturing firm which stated, “It is hard to quantify, but we’ve taken steps to prepare for a slowdown even though we’re not seeing it yet. We are still quoting many jobs, but we are receiving feedback that business development is taking hard looks at everything now.” The trade war is really hurting sentiment. The previous decline in oil prices hurt this region as well.

The stock market has had a great year and a great June. The financial conditions index shows conditions are loose, but the Fed will likely still cut rates in July. You can either say conditions are loose because the market expects rate cuts or that the Fed is saying the market is wrong to be so calm in the face of a weak economy. The weakness wasn’t expressed in the Chicago Fed index which had a big bounce back in May. The Dallas Fed index showed manufacturing firms aren’t really seeing much weakness, but they are preparing for it mainly because of the trade war.