Fed Implores Congress For A Stimulus 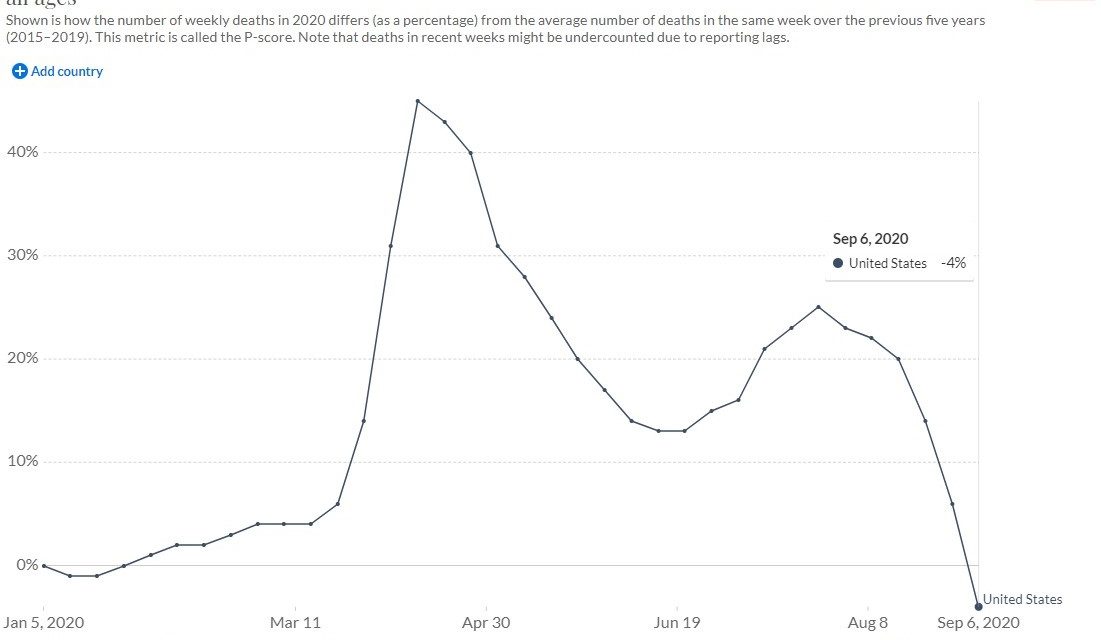 The Fed released its September Minutes on Wednesday. One of the highlights of the Minutes was the Fed imploring the government to pass a fiscal stimulus because “the absence of further fiscal support would exacerbate economic hardships in minority and lower-income communities.” The Fed probably won’t get its wish in the near term, but it will in the next few months as both sides of the political spectrum believe one should pass. It’s also very popular with the American people. You would think the incumbents would be desperate to pass a popular bill before the election, but that hasn’t happened. The stock market seems to be fine with waiting until after the election because the economy has been fine without one in August and September and because we are so close to the election that waiting until after it happens isn’t a big deal.

Details On How The Fed Gives Guidance

The other key point in the Minutes was that the Fed would be more explicit with its guidance for when it will hike rates, but “with longer-term interest rates already very low, there did not appear to be a need for enhanced forward guidance at this juncture or much scope for forward guidance to put additional downward pressure on yields.” It’s very simple. The Fed wants the market to think it will keep rates low for years, but it doesn’t want to get locked in a box. If it says it won’t hike rates until inflation stays above 2% for two years for example, it would be forced to raise rates after that which might not be what it wants. The Fed wants flexibility.

Secondly, the Fed doesn’t want to do yield curve control because the long bond yield is already low. Long yields were lower a few weeks ago when the September meeting took place, but yields are still fairly low. A new policy wouldn’t do anything. This is a tool in the Fed’s toolkit that it will use if needed. The Fed would run out of tools if it used them when it isn’t necessary. Keep in mind, the Fed is not likely to cut rates below zero because it wouldn’t help the situation. The Fed will do anything it wants, but there’s no motivation for that, at least at present.

As you can see from the highlighted paragraph above from the Minutes, the Fed stated it would keep rates near zero for a shorter period if there were stronger expectations for the economy and inflation. The Fed is covering all its basis. It’s no surprise that the Fed is willing to hike rates when the data changes. This detail is probably not being noticed by growth tech investors who tend to think low rates are here indefinitely. We aren’t saying the Fed is going to hike rates in the next year, but we are saying the Fed will hike rates when the labor market is full and inflation bounces which could come sooner than many think if a stimulus passes and COVID-19 is dealt with properly.

For the first time since January before COVID-19 was prevalent in America, there isn’t excess mortality. In the week of September 6th, there were 4% fewer deaths as compared to the average of the past 5 years. That’s a big deal because it shows COVID-19 or anything else isn’t causing more deaths than normal. Because people have stopped normal activity, you’d expect deaths to be lower than normal if COVID-19 didn’t exist. There are health issues with not leaving the house as much or gathering with friends, but those have longer term consequences that could shorten lifespans. Here, we’re just focused on deaths in 2020. If COVID-19 didn’t exist and people were acting the way they have been this year, deaths would be below average.

We aren’t out of the woods yet because hospitalizations have risen from below 30,000 a few weeks ago to 32,124 as of October 7th. That’s largely because of the spike in cases in the Midwest. Montana and South Dakota recently hit a record high. On the other hand, it looks like the 7 day average of new cases in Wisconsin peaked on October 3rd. If this spike in hotspots is anything like the spike in July, it will be under control within the next 4-6 weeks. We could already be near the worst of this burst.

On Wednesday, Eli Lilly announced the successful results of its phase 2 trial of its COVID-19 treatment. The firm submitted a request for emergency use for monotherapy to the US FDA. The plan is to engage in a large open label pragmatic study in October. The phase 2 results were from a double-blind placebo-controlled study. The image below shows the positive results. The firm stated it could supply as many as 1 million doses of monotherapy in Q4, with 100,000 available in October. Furthermore, it will have 50,000 doses of combination therapy in Q4 and increase that supply substantially in Q1 2021.

Lilly’s goal is to get this treatment out before vaccines are released because it becomes less useful if vaccines are widely adopted. The basic outline is for there to be a huge spike in rapid testing this month. Then there will be a quick roll-out of better treatments. Finally, by next year we should see vaccines.

The Fed begged Congress for a stimulus because poor people are hurting. The government is in no rush to pass anything before the election, but after the election, one will likely pass. The Fed isn’t going to lock in when it will raise rates because the market already believes it that it won’t hike them soon. It won’t do yield curve control because the long bond yield is already low. Deaths in the week of September 6th were below average. That’s total deaths. Regardless of how COVID-19 deaths are measured, all deaths in America were down. COVID-19 is no longer causing excess deaths. Eli Lily came out great results on its treatment for COVID-19. This could further lower the death rate. On the other hand, there has been a spike in cases in the Midwest which should be monitored.