Fed Ignores Inflation Which Is Eating Into Wages 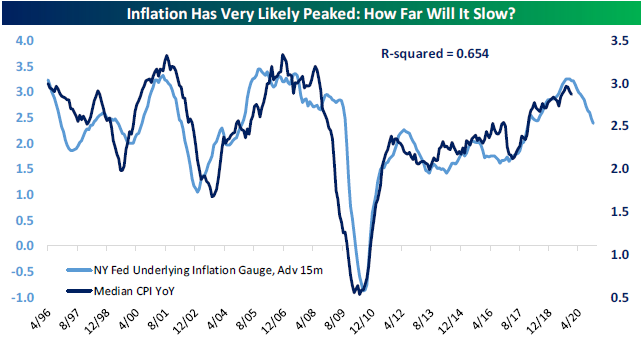 We deflate wage growth by headline CPI, so this rise is bad for workers. The Fed looks at core inflation to set monetary policy which means there’s a slightly lower chance of a Fed rate hike this year, not that there was a legitimate chance of one anyway. There’s currently a 4.7% chance of a hike this year. Specifically, headline CPI increased from 2.05% to 2.29% which is the highest level since October 2018. Core CPI fell from 2.32% to 2.26% which wis the lowest level since June 2019.

Let’s now look at the breakdown of this report. There are 3 takeaways from this report. 1) Energy inflation drove headline inflation. 2) Shelter inflation was modestly weaker. 3) Healthcare inflation increased and was strong.

As you can see from the chart below, the 3 month annualized inflation rate for primary rent and owner’s equivalent rent have cratered in the past few months. They are now at 2.55% and 2.69%.

What This Report Means For Consumers And The Fed

This report is bad for consumers and doesn’t mean much for Fed policy. Specifically, in the past 2 months CPI has increased 52 basis points mainly because of the rise in energy inflation. In that same period, production and non-supervisory wage growth fell 59 basis points. That’s quite the negative turnaround for the real pay growth of 80% of workers. Headline CPI was 2.29% and non-supervisory wage growth was 3.03%; at least real wage growth stayed positive. The situation looks worse for all workers. Average weekly wage growth for all workers was 2.27% which is below December’s CPI reading.

The rise in healthcare and energy prices isn’t great for low income consumers, but they will at least get a boost from the minimum wage hikes in 2020. As you can see from the chart below, retail spending growth excluding autos and gas was the quickest for low income workers and the weakest for high income earners. That’s despite the rise in equity prices which help the rich.

Interestingly, in the first 2 weeks of 2020, Redbook retail sales growth was 6.1% and 5%. The consumer looks to have started off the year on solid footing.

This CPI report doesn’t mean much for the Fed because it will only raise rates if inflation stays high. Falling core CPI certainly won’t do anything to get us closer to a hike. Core CPI has been above 2% for 7 months, but core PCE hasn’t gotten to the Fed’s 2% target since September 2018. If anything, the Fed is much more likely to cut rates because inflation is low than raise rates because inflation is high. There is a 57.6% chance the Fed cuts rates in 2020.

On the other hand, the weakening yearly change in the trade weighted dollar could cause upward pressure on commodities prices. If inflation were to increase in the first half of 2020, the Fed wouldn’t hike rates. If it were to fall, the Fed could cut rates, but it depends on other factors.

Energy prices boosted headline inflation, while shelter inflation dragged down core CPI despite the rise in medical care costs. This CPI report doesn’t mean much for Fed policy, but it does mean real wage growth fell. It has fallen significantly for production and non-supervisory workers and is negative when looking at weekly pay. The NY Fed underlying inflation gauge suggests median inflation could fall and the weak trade weighted dollar suggests yearly commodities price growth could rise.