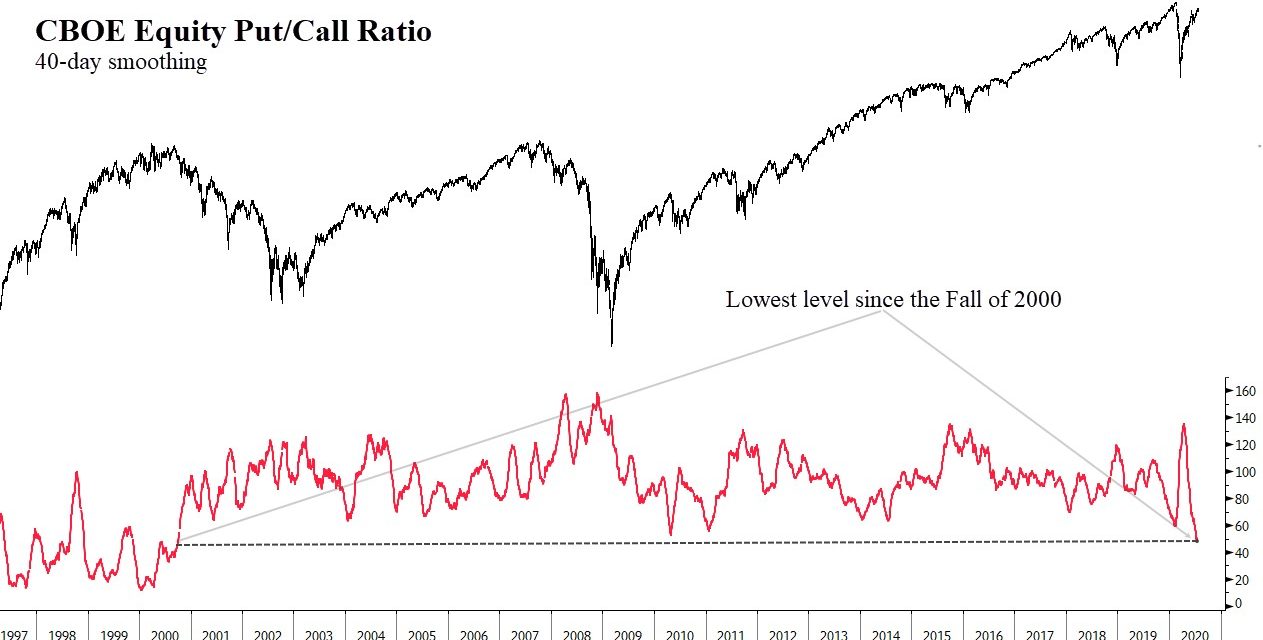 In July, the consumer sentiment index fell from 78.1 to 72.5 as the chart below shows. However, it didn’t fall much in the 2nd half of the month. The preliminary reading was 73.2 which means it fell 0.7 in the final reading. You might say this is rock bottom. The spike in COVID-19 cases and the increase in restrictions occurred between the 2nd half of June and the first half of July which correlates with the drop in confidence. In the 2nd half of July, it was status quo on restrictions with a modest decline in cases.

The other aspect involved is the end of the $600 weekly unemployment benefits which occurred on the 25th. It’s difficult to determine when people started getting more anxiety about this. It’s always tough to be relying on the government. It’s especially nerve-racking when you need Congress to agree to another stimulus package. The savings rate was 19% in June which indicates a lot of economic uncertainty. Between February and June, wages and benefits pushed disposable income down 4.1%, but income rose 5.4% mostly because of unemployment benefits as the chart below shows.

The current economic conditions index fell from 87.1 to 82.8 which was unlike the Conference Board confidence index which rose. Both expectations indexes fell as the sentiment index was down from 72.3 to 65.9. When the bottom quintile of incomes was asked how much COVID-19 changed their lives, 40% said a great deal and 26% said little/none. The top quintile said there was much more of a difference as 51% said a great deal and only 11% said none. This might be why we’re seeing retail investors much more optimistic than wealthy veterans. Also, the bottom 20% was saved by unemployment benefits. The top 20% have stopped flying which is big part of most of their lives. They can’t travel as much and didn’t get as much/any income support. That’s excluding the PPP loans (and the stock market).

The PCE report from June just came out. That’s ancient news in this quick moving economy, but it’s the official data, so let’s give it a quick glance. Income fell 1.1% as there was an increase in compensation from jobs, but a decrease in pay from the government. That’s a good sign. Unfortunately, the labor market worsened in July. Disposable income was down 1.4% and real disposable income growth was -1.8%. Consumer spending was growth 5.6% and real growth was 5.2%.

The chart above reviews the changes from February. Spending on goods was up 5% and spending on services was down 12%. Only motor vehicles & parts and recreational goods & vehicles were up. There was a massive increase in camping and boating as those are good social distancing endeavors. Even though the stock market is supposed to be forward looking, it’s assuming all the changes to the economy will last for a while. It acts as if working from, online shopping, electric vehicle buying, camping, and boating will all continue their recent trends indefinitely which is questionable with the 7 day average in COVID-19 cases steadily declining.

The biggest stocks dominated the market on Friday as Apple rose over 10%. It gained $174 billion in market share. It and Amazon are worth $3.36 trillion which is $1.18 trillion more than all the stocks in Russell 2000 combined. This decline in breadth usually symbolizes an end to a bull market. Throw out the rules that a bull market usually doesn’t end a few months into a recovery with the Fed extremely dovish.

We already have extreme optimism in the large cap stocks as some are saying the market went from 1929 to 1999 in 4 months. Stocks crashed as many feared a depression. Now we have extreme optimism in a few big tech stocks like the late 1990s. As you can see from the chart below, the 40 day put to call ratio in the S&P 500 is the lowest since after the market peaked in 2000. Let’s see if the S&P 500 powers to a new record high and takes out the early 2000 low in this ratio.

6 Stocks Rule Them All

On Friday, Apple’s market cap gain was the size of Exxon Mobile. Berkshire Hathaway’s stake in Apple is 22% of its market cap as the market doesn’t value its other businesses highly (Geico, BNSF Railway, etc.). They are old line businesses in a new world controlled by tech. The FAMANG stocks are up 33.4% on average year to date as they added $1.7 trillion market cap. They are worth $6.77 trillion combined. This is like the nifty 50 stocks in the 1960s and 70s.

As the table below shows, their forward 2021 earnings estimates rose 1.1%. That’s usually not enough to drive a big gain in stock prices. They are being rewarded for their stability in the recession with giant multiple expansion. The average expansion is 32%. The biggest spike was in Amazon which went from a 31 multiple to a 53.5 multiple. The average went from 22 to 29.1.

The big problem, as mentioned before, is that this unusual economy won’t stick. The entire world is working on 100s of vaccines and treatments for COVID-19 and the 2nd wave of cases in America is already receding. In the late 1990s, investors were hopeful for the future. They bought stocks without earnings. This time many tech firms have more mature businesses, but their earnings growth is unsustainable. There might be a double negative if the economy goes back to normal and there is increased regulations against the mega cap tech companies in 2021.

Consumer sentiment was weak in July, but at least it barely fell from the preliminary reading. Spending only recovered in a couple areas in June as the savings rate was very elevated. Inflation stayed low. The stock market is very overbought if you look at the put to call ratio. Investors around the world are piling into a few stocks which is a classic sign of a market top.