Everything Seems Healthy On The Surface 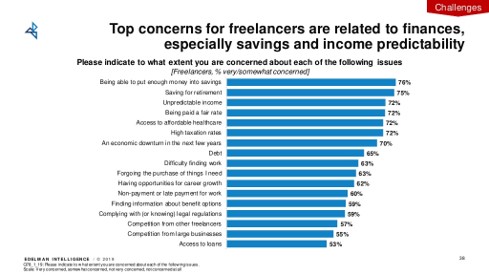 In December, the savings rate fell from 7.8% to 7.6% which is the lowest level since July. It’s still towards the high end of where it has been this cycle. This cycle has had a higher average savings rate than the prior one. After declining since the 1970s, the savings rate has increased since bottoming in 2005. This goes along with the deleveraging of the consumer. Everything seems healthy on the surface, but the results look worse when you delve into the data based on wealth.

On the negative side, the bottom 90% had a lower savings rate in each decade except in the 2010s, but that was still negative. It has been negative for 3 straight decades. This trend helps explain Bernie Sanders’ rise in the polls. He has a 46% chance of winning the Democratic nomination according to PredictIt. Inequality doesn’t seem like an issue to people when they are doing well, but a negative savings rate is far from what’s needed to help people get ahead.

It’s stunning to see that even though it has become easier than ever to invest in stocks with free apps and cheaper than ever with robo-advisors and ETFs, the bottom 99% are falling behind and own less stock. This might be related to the decline in the prevalence of pensions and benefits given by employers. As we discussed in an article in 2017, there has been a spike in diversified workers who are freelancers and work traditionally part time. As of 2019, 30% of freelancers were diversified workers which was up 12 points since 2014 (17.1 million).

According to a December 2017 Marist poll, 20% of American workers were contractors (33% of freelancers in 2019 according to Upwork (18.8 million people)). Of those, 51% didn’t receive benefits from their jobs. The top 2 concerns of freelancers in 2019 were being able to put enough money into savings (76%) and saving for retirement (75%). Money saved for retirement goes into equities and bonds. 31% of freelancers said they want tax incentives to help them save for retirement. Keep in mind, there are higher limits to SEP (Simplified Employee Pension) IRAs than traditional IRAs. The SEP IRA limit is 25% of income or $57,000 whichever is lower. The IRA limit is $6,000 or $7,000 if you are over 50. In that sense freelancers do have a tax benefit for retirement savings.

According to Upwork, 57 million Americans freelance which is 35% of the workforce. The share of full-time freelancers increased from 17% in 2014 to 28% in 2019. 67% of freelancers would rather take home more and purchase their own benefits while 33% would rather less pay with a benefits package. It’s not all bad news as you can see. Plenty of people want to freelance as 60% started doing so by choice. That’s up 7 points from 2014 likely because the labor market has gotten fuller.

This could be related to older Americans in the 99% selling stock during retirement while younger people aren’t picking up the slack. Younger people freelance way more than older people. 53% and 40% of Gen Z and millennials freelance, while 31% and 29% of Gen X and baby boomers freelance.

As of 2019, the top 1% had $35 trillion in wealth which tops the bottom 50% which had $7 trillion. The top 1% had 61% in equities, 12% in cash, and 11% in real estate. The bottom 50% had 55% in real estate and 20% in durables. This group still had 10% in pensions even though their popularity has waned dramatically in the past few decades. This group had just 4% of their money in equities. Durables go down in value, while equities go up, but the bottom 50% doesn’t have enough money to buy stocks.

It’s not all doom and gloom for workers in the bottom 50%. As you can see from the chart below, private service workers and private production and transportation workers have experienced accelerating wage growth. That’s in part due to the minimum wage hikes. Their wage growth has been higher than private management and professional workers for the past 3 years as managers’ wage growth has plateaued.

When we discuss strong low wage growth, there is some pushback as people say the bottom 50% is still doing poorly despite their recently strong wage growth. That pushback exists because of their negative savings rate and low stock ownership.

If you want to understand why inequality is an issue in the 2020 election, look at the savings rate by wealth category and the stock ownership of the bottom 50%. The bottom 50% has 4% of its $7 trillion of wealth in equities. That’s only $280 billion. That’s about 1% of the stock market. It’s very easy to invest in the stock market with apps, but if workers are freelancers, they usually don’t get retirement accounts from their employers (since they technically don’t have employers). Freelancers in the bottom 50% should invest using SEP IRAs, but it’s not that easy because 75% of their money is tied up in real estate and durables.