Do The Bears Have A Better Case? 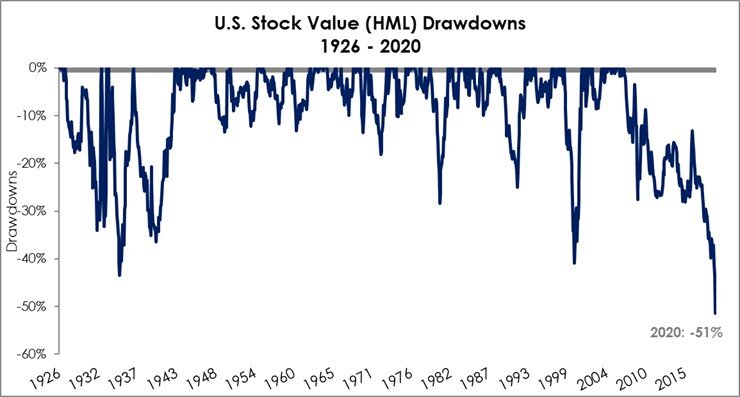 The bearish narrative is that the latest rally is a trap for the bulls because the economy is in dire shape. The bullish counterpoint is the economy will recover over the next few quarters as the shutdowns end. The best time to buy stocks is when the economy is weak, but improving. The bearish response to that is rate of change analysis on economic growth misses the forest for the trees. Bears say the economy isn’t the problem in the first place. The problem is COVID-19. Of course, the economy will improve when shutdowns are ended, but if COVID-19 comes back or doesn’t improve, we could see more shutdowns.

Stocks used to trade off the number of COVID-19 cases in March, but that relationship has ended as traders are ignoring the relatively high number of new cases in America. The market might be looking at this situation in too binary of a fashion. The market sold off precipitously when the number of new cases was increasing and rallied leading up to and after the peak. The options that implies are either we don’t have control over the situation or we do. The reality is we have partial control over it; new cases have peaked, but they aren’t falling quickly. There are risks to reopening that the market is ignoring.

The bullish closing argument is that uncertainty has diminished. Even if the number of new cases is still relatively high, we have a grasp on the situation. Plus, we know the Fed and the government will step in if it gets worse. For example, the Fed can buy more corporate bonds and the government can give out another $1,200 stimulus check. The bearish closing argument is that the longer this goes on (or if COVID-19 comes back), the tougher it will be to recover from. There might not be a smooth recovery.

We will now quantitatively back up the bearish and bullish arguments discussed above. First let’s look at the negative economic results. The GDP Nowcast from the Atlanta Fed shows there will be a decline of 17.6% in Q2. The consensus calls for a decline in the high 20s. Keep in mind, the Atlanta Fed Nowcast will get much worse after the rest of the economic reports from April come out. When they are all out, it will likely be too negative because it will assume the rest of the quarter grows at that pace, but May and June should show improvement. As you can see from the chart below, the COVID-19 shutdowns have reduced global GDP growth by over 16%. This is much worse than the trough of the global financial crisis.

The Redbook same store sales report showed growth fell from -8.1% to -9.3% in the week of May 2nd. That doesn’t sound like stabilization. E-commerce has grown to 30% of all retail sales as consumers are forced to shop online. You can see how well online shopping is doing just by looking at Shopify stock. It’s up 93.78% in the past month, making it the biggest company in all of Canada by market cap. Pizza deliveries are also on fire as Papa John’s had 27% same store sales growth in April which was its best month ever. There are clear pockets of strength in an underlying weak environment for the consumer.

Many national numbers are still dismal. For example, the OpenTable bookings data shows restaurant bookings were down 98% on May 5th. However, in the states that have opened, the results are improving. As you can see from the chart below, spending at barber and beauty shops went from non-existent in mid-April to 14% of the first week of the year on a national basis. The chart highlights Georgia because it has started to reopen in the past couple weeks.

The chart shows spending has increased to 104% of the first week of the year. It’s down from above 140% in early March, but this is still a significant improvement. To be clear, if the economy went back to normal, this index would hit a record high because there is a large amount of pent up demand for haircuts. Unless you got one at home, you need one.

Reminder: This Is A Growth Market

As we seek to figure out whether the bulls or bears have it right, there is another driving force behind returns. It is sector weighting. Growth tech stocks have pushed the market higher. If you are following industrials such as Boeing, it doesn’t seem like the stock market is pricing in a recovery. However, if you follow cloud computing stocks, it looks like the best economy ever. The CLOU ETF is up 11.35% year to date. The chart below shows how poorly value stocks have done as this 51% drawdown is the worst in 94 years. Keep in mind, the cloud companies sell to the real economy. If the economy is in a deep recession, many of these tech firms will be impacted.

The bulls and bears both make good arguments. The bearish case for stocks is that the economy is in a deep recession. The bullish case is that the economy is weak now, but improving. That entire dichotomy is only part of the truth. The other aspect is sector performance. The cloud stocks are on fire, while other companies in the so called ‘real economy’ are doing terribly. Since Amazon and Microsoft are both cloud stocks, the S&P 500 is greatly impacted by this trend. Value stocks barely impact the big cap indexes because they have fallen so much (other than the Dow which is heavily impacted by Boeing).