Can Consumers Save Economy From Recession? 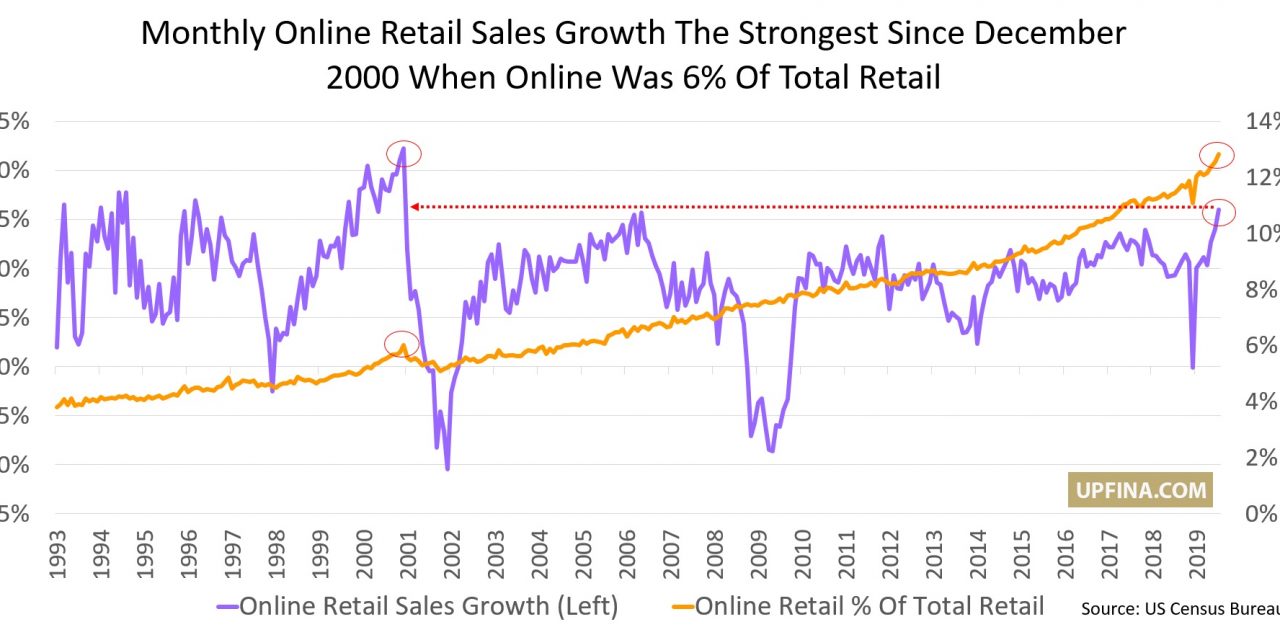 Those criticizing the Fed’s rate cut because they think the economy isn’t doing poorly are worried about the Fed running out of room to cut rates in the next recession and about inflation rising (potentially into an economic slowdown). The two determining factors as to whether the Fed will have enough room to cut rates are how bad the next recession gets and whether the Fed can cut rates below 0%. If the recession isn’t terrible and the Fed can cut rates to -1.3% like JP Morgan suggested in its 2016 analysis, then the concern is for naught.

The criticism that inflation might spike higher also might not have value even though core CPI recently rose to 2.2% in July. As you can see from the chart below, the cost of protection against inflation averaging above 2% over the next 5 years has hit a record low.

If the Fed won’t run out of room to cut rates in the next recession and inflation won’t run out of control after it cuts rates (remember the market is pricing in more rate cuts, so that inflation estimate assumes rate cuts), there isn’t much downside to the Fed cutting rates a couple times in 2019. The upside to these rate cuts is a lower chance of a future recession. The bears think there will be a recession even with rate cuts and the bulls think rate cuts are unnecessary because the economy is fine. However, there is a middle ground. The economy is in a slowdown. Rate cuts can help prevent further weakness, assuming they are done in a timely manner.

The long maturity treasury market is highly overbought. Yields have been on a one way trip lower similar to how they were on a one way trip higher last autumn. There has been a big swing lower in nominal growth expectations. The yield curve is predicting a 39% chance of a recession in the next year. In the short term at least, the long bond is overbought. As you can see from the chart below, as of August 15th the TLT’s 14 day relative strength index hit 84.99 which is the highest level since 2003.

This shows how confident treasury investors are that nominal growth will fall. Are they correct?

July retail sales growth was very strong. It helped push Merrill Lynch’s Q3 GDP growth estimate 0.4% higher to 2.1% despite the disappointing industrial production report. Monthly headline growth rose from 0.3% to 0.7% which beat the high end of the consensus range which was 0.5%. Every category beat the high end of the range. The chart below shows yearly retail sales growth was 3.4% which was up from 3.3%. That doesn’t seem great, but the comp was very tough.

July 2018 yearly sales growth of 6.5% was the highest growth rate since February 2012. The 2 year growth stack increased by about 0.5%. As you can see, quarterly annualized headline retail sales growth was a solid 7.5%.

The control group is where this report really shined. Monthly growth was 1% which beat estimates for 0.3%. That was on top of 0.7% growth which explains why the chart below shows quarterly annualized control group sales growth was 9.7%.

Because of this great result, Goldman Sachs raised its Q3 annualized consumption growth forecast from 2.4% to 3%. The control group’s yearly growth rate improved from 4.47% to 4.85% which is the quickest growth since October 2018.

Back then, online retail sales growing way higher than the overall total was expected as the internet was just beginning its increase in popularity. That’s not the case now, although online sales usually still grow quicker than total sales. Put simply, the internet isn’t a new thing for the consumer anymore. Non-store sales accounted for 12.81% of July sales, making it the 2nd biggest category to autos and auto parts.

One of the weakest categories was building materials which had 0.17% monthly growth and -2.91% yearly growth. This is in tune with the weak June construction spending report. Finally, food services and drinking (restaurants), which is a bellwether category, saw 1.1% monthly growth and 3.82% yearly growth. That’s the above June’s 3.67% growth rate.

The yield curve shows there is a 39% chance of a recession in the next year, but the consumer is still showing incredible resiliency as online sales growth was the strongest in almost 20 years. If the manufacturing sector falls into a recession late in 2019, the consumer can carry the economy. Low interest rates might allow real residential investment growth to end its 7 quarter streak of being a drag on GDP growth. In July, mortgage applications for new home purchases were up 31.2% yearly. An improved housing market along with solid consumer spending growth is a recipe for the economy to avoid a recession regardless of what the yield curve shows.