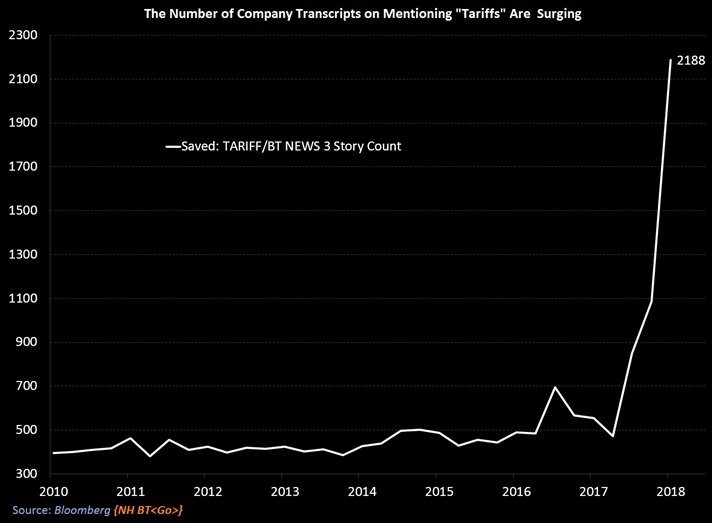 The concept of valuation is interesting because if you believe in the efficient market hypothesis, whenever stocks have multiple expansion or contraction it’s for a reason. This makes it impossible to outperform the market, in theory. Good thing we live in the real world. The more straightforward theory on investing, which allows for the possibility for investors to outperform the market, is that stocks can have the wrong multiple and imply faulty earnings expectations. When earnings multiples contract in a panic without a change to the fundamentals, it makes sense to buy them.

A combination of the two theories makes sense as multiple contractions and expansions always happen for a reason, but sometimes those reasons are faulty which allows astute investors to profit. For example, if stock multiples fell in October 2018 because a recession could come, but an investor is highly confident there won’t be one, the investor can profit by buying stocks on the temporary dip in multiples.

To be clear, the main driver of this bull market is profit growth. From Q1 2010 to Q3 2018, 70% of returns came from profit growth, 23% came from multiple increases, and 7% came from share reductions. In 2018 we’ve seen over 20% profit growth and record buybacks, but stocks have had low single digit returns because of multiple compression.

The chart below shows the attribution to total returns in the S&P 500 since 2014.

Usually, there is multiple expansion in bull markets because investors are optimistic and uncertainty is low. You can think of multiples as a certainty premium. When multiples are high, you pay a premium for stocks because the economy is solid and there aren’t many negative catalysts on the horizon. You pay a low certainty premium when there is a lack of visibility like in 2008.

The discussion on uncertainty is so interesting because it’s never fully settled how uncertain the future is. There are a bunch of uncertainties heading into 2019, but it’s fair to question how the correction has played out.There wasn’t one event which set it off and it has been severe. It’s possible to simply chalk this up to the tendency for bear markets and corrections to be unorganized and wild. Bear markets actually include many of the sharpest rallies. Some of the catalysts for the uncertainty spike are the end of the semiconductor cycle, the Fed being expected to potentially move the Fed funds rate above the long run rate, the trade war escalating, the fear the fiscal stimulus is winding down, and the weakness in housing.

Stocks need to move higher when uncertainty doesn’t lead to a negative catalyst because continued EPS growth means stocks get cheaper when they don’t increase. One pivotal point to keep in mind is the S&P 500 is now cheaper than it was after the January-February correction because earnings have increased. As you can see from the chart below, as of October 26th, the S&P 500’s forward PE multiple fell to 15.2 which is below the average since 1980 and the average since 1950.

It’s up to you as an investor to determine if the low certainty premium is justifiable or if stocks are a huge buy right now.

We have discussed in previous articles that the rate of change of earnings estimates is more important than current results. You can decide to value stocks based on trailing or forward earnings, but the rate of change in estimates predicts the latest movement in stocks. Since the 4th quarter started on October 1st, the estimates for Q4 earnings growth have fallen from 15.37% to 13.46% which is bearish.

The good news is even though some investors are fearful of a hawkish Fed and increased tariffs which start next year, 2019 estimates have remained steady. As you can see from the chart below, the consensus on EPS growth has remained steady.

It’s fair to question those estimates, but with a below average multiple there is some increased room, meaning estimates can fall while stocks can still have below average forward multiples.

The mentions of tariffs have increased significantly on company earnings calls as you can see from the chart below.

It’s an obvious uncertainty which businesses are complaining about. In the October Dallas Fed manufacturing survey a non-metallic mineral product manufacturing firm stated,

“China tariffs at 25 percent could be a problem. Many manufacturers are increasing their selling prices to home builders. This will cause further increases in the selling pricing of new homes.”

This harkens back to our discussion on home-builders. They are getting squeezed by the tariffs which are increasing raw materials costs and the tight labor market which is increasing wage costs.

In the early stages of the October correction some investors hoped earnings season would turn the market around, but that didn’t happen. That’s like the correction earlier in the year. The table below shows the latest sales results as of 9:00 AM on October 31st.

As you can see, every sector had positive growth with 313 total firms reporting. 61% of firms beat estimates with a beat rate of 1.13%. The 8.56% sales growth shows us the EPS increase isn’t just about the tax cut.

Stock multiples have fallen because earnings growth is strong and stocks have been largely flat in 2018. Surprisingly, the 2019 earnings estimates haven’t cratered with stocks. It’s up to investors to determine if stocks deserve low multiples and if the steady 2019 estimates accurately reflect the outlook for the economy and profits. The stock market currently has a low certainty premium if it has any at all because investors are fearful of tariffs, which have been mentioned increasingly on conference calls, a hawkish Fed, and the stimulus losing its effect on the economy. In terms of sales, the Q3 results have been solid as the sales surprise rate is 1.13%.