Are Rising Labor Costs A Problem For Economy? 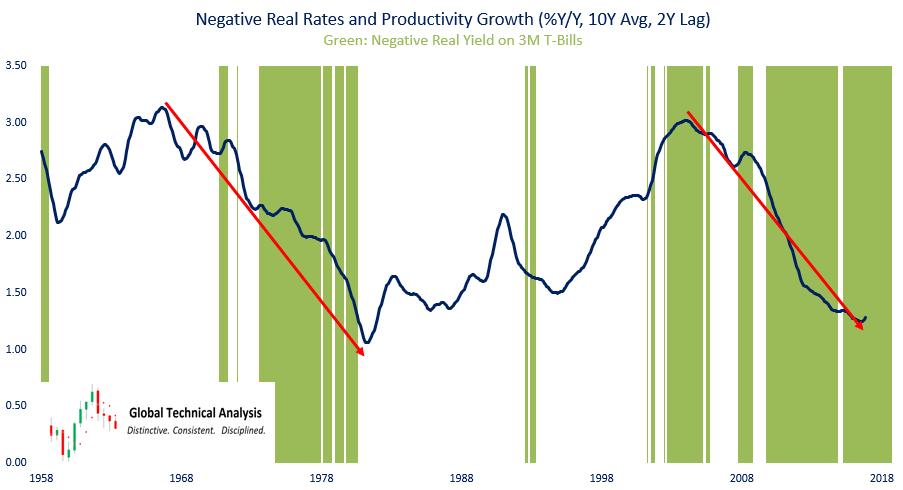 Since this article will include a discussion on income/wealth inequality, let’s start off with student debt, which went from an innocuous issue to one of the main driving forces of wealth stagnation among young people in over a decade span. As of Q4 2018, student loan debt totaled $1.569 trillion. Instead of young people building wealth at the start of their career, they are beginning by owing principal and interest on debt.

Interestingly, the total endowments of the top 101 universities was $479.232 billion in 2018-2019. That’s an increase of 80% from 2015. That’s amazing because total student debt increased 23.3% in that period. It’s nice to have compound capital gains without paying taxes (there was an excise tax of 1.4% put in place for some of the wealthiest colleges in 2017). Plus, donations are tax deductible.

It’s a broken system where the government prides itself on giving students access to debt while it subsidizes colleges. The concept of making schools tuition free just pushes the debt burden onto the tax payer instead of students without solving the issue of high costs. To be clear, colleges use these endowments for research. For example, Harvard’s annual research budget is over $1 billion. Some the money is used for good, but the hoards are exploding in size, so maybe the system isn’t organized correctly.

To be clear, college tuition affordability is a massive problem. The point here is giving rich colleges even more money doesn’t sound right. Education competition needs to be encouraged so students can learn using technology rather than spending tens of thousands of dollars on a degree. College education has become more of a signaling factor to employers than a way to improve students’ knowledge.

The goal should be to extend periods like this so the bottom half can benefit from cyclical upswings longer. Unfortunately, workers in the bottom half see wild swings as they are more likely to get fired during recessions and see lower wage growth in times of economic strife since it’s easier to fire entry level workers than top management.

The concept of maintaining the type of environment which has pushed the upper half’s income growth down from over 3% to slightly above 2% and the lower half’s income growth up from slightly above 3% to almost 4% seems much more doable than changing the entire system and incentive structure of capitalism with some of the recently proposed policy initiatives. We aren’t arguing for or against a progressive taxation system or wealth taxes, two measures recently proposed; rather we are pointing to the logical flaws of such a structural overhaul where jobs/income is guaranteed and the wealthy pay extraordinarily high rates.

As you can see from the chart below, small businesses listing the cost of labor as their single most important issue hit a record high.

That’s because nominal wage growth is accelerating, while access to capital isn’t a problem, the economy is solid, taxes are low, regulations are being rolled back, and commodities inflation is low. There aren’t many issues in this late cycle economy where workers are seeing accelerating real wage growth. The employment to population ratio of those without a high school degree is near a record high.

Bearish investors like to point out that after this index peaks there are recessions. Just because it is at a record high, doesn’t mean it will plummet soon. There needs to be a catalyst for a recession to occur. The Fed is pausing its rate hikes, the consumer isn’t leveraged, and fiscal policy is helping growth. Therefore, you shouldn’t fear the record high in this chart yet.

The chart on low income and high income wage growth only showed one cycle. The chart below shows labor’s share of net value added since 1960.

As we mentioned in a previous article, the labor pool could be running dry as the labor market matures. The chart below shows immigration is a long term driver of slack in the labor market.

Without 1st and 2nd generation immigrants, the labor force would shrink from 2015-2035. Immigration is partially why America has a stronger demographic outlook than other developed economies.

The chart below shows when there are negative real rates, productivity growth suffers.

This could be nothing or it could be something policy makers focus on in the next cycle. It’s worth noting that in both periods where productivity growth fell there was demographic stress. Baby boomers first joined the labor force in the 1970s and started leaving it in the 2000s.

College endowments are increasing even quicker than student loan debt. The concept of the tax payer being responsible for tuition when colleges are already catered to doesn’t make sense. Costs need to come down. The good news is the lower half is seeing almost double the wage growth of the upper half because low income workers always do the best at the end of the cycle. Policy makers need to be careful not to destroy the incentive structure of capitalism when they try to increase labor’s share of the economy. Immigration will help America outperform other developed economies with aging populations.