Are Markets Wrong Again About The Fed? 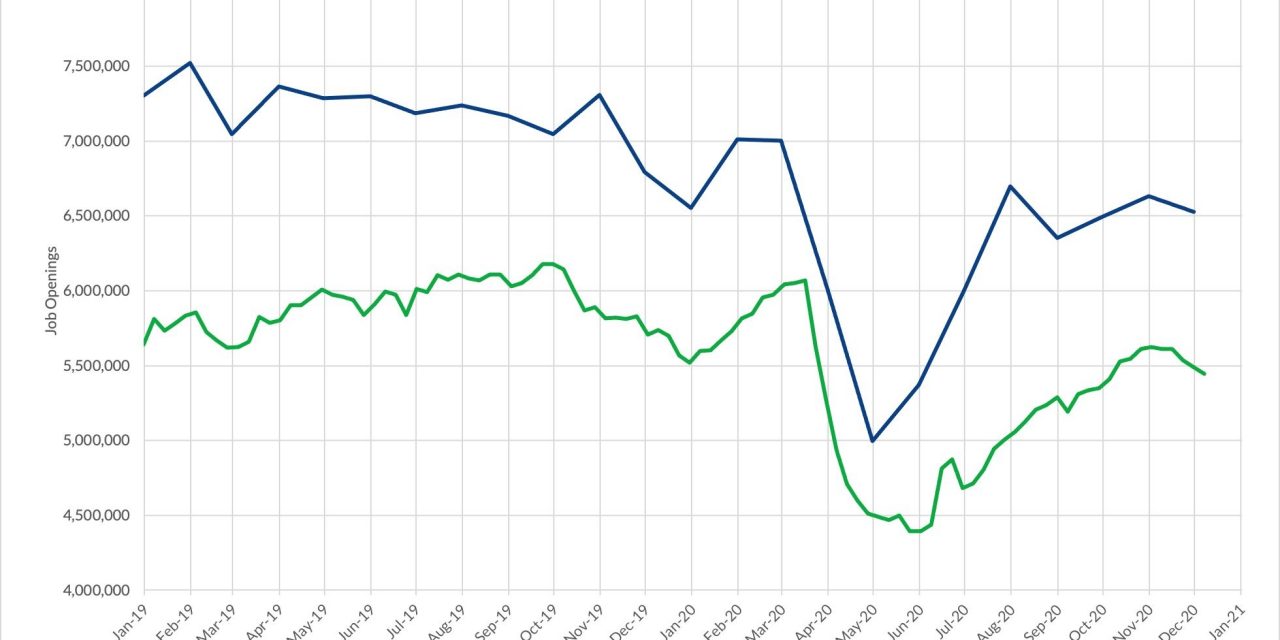 The NFIB small business confidence index had its 3rd largest crash on record in December, but we aren’t worried. The decline was political. Small business confidence is higher when a Republican is in office. That’s why confidence was high in 2020 despite conditions for small businesses being the worst ever according to some metrics. You can see in the chart below, the NFIB index was higher before the election than it was in the early 2010s even though the situation was much worse in 2020 especially for independent restaurants. We like to look at this report in rate of change terms, adjusting for politics. We also look at the details, so we can get rid of the expectations on the economy.

We throw out the index that measures ‘expectations for the economy to improve’ for months like this. We’d rather hear how sales did and extrapolate how the economy is doing based on that. Small businesses can tell us how business is going, but their opinion on the economy can easily be manipulated. In December, the net expecting the economy to improve fell 24 points to -16%.

With that being said, it’s not like December was a good month for small firms. There just wasn’t as much of a drop-off as this index suggests. Every category declined except current inventories (bad of they rise). The ‘plans to increase employment’ and ‘plans to make capital outlays’ indexes fell 4 points to a net 17% and 22%. Therefore, a huge swath of small firms didn’t change their hiring or investment plans, yet got more negative on the economy because Biden won.

The January report will be impacted by the Senate election, but it’s hard to beat this decline. Then, we can go back to taking this headline index at face value (adjusted for a Dem being in office). Within this report, almost no one mentioned inflation as the biggest problem. As you can see from the chart below, taxes are being named the ‘biggest problem’ more often. This could be in anticipation of the Democrats raising taxes. We doubt any tax increase will occur in 2021 with the pandemic still raging.

In November, job openings fell from 6.32 million to 6.527 million. As you can see from the chart below, Glassdoor openings have mimicked JOLTS recently. The initial recovery was stronger in the JOLTS report, but now Glassdoor is on point. That means the decline in early December in the Glassdoor data signals bad news for JOLTS. This shouldn’t shock anyone because the December BLS report just showed job losses for the first time in this recovery. We wouldn’t be surprised if there are losses in January as well.

The November JOLTS report certainly wasn’t bad which is consistent with the November BLS report. Hires were up from 5.912 million to 5.979 million which was the highest reading since June. Job openings are down 6.8% from February. The chart below breaks down the changes in openings by industry since the month before the recession started.

The overall quits rate stayed at 2.2%. There was a 48,000 decline in openings in durable goods which is surprising given the strength in manufacturing. Accommodation and food services only had a 9,000 decline in openings. This is a snapshot of how that industry looked right before the worst of the recent wave in COVID-19 cases. Look for these openings to crash this winter and then spike in the spring.

Will Markets Be Wrong Again?

As we have been discussing recently, the market is starting to price in rate hikes within the next couple years. We mentioned that markets can move the Fed to act. However, we must add that the market can more easily cause the Fed to cut rates than hike them. For example, if the stock market were to fall 30% in a month, the Fed would cut rates to zero and buy corporate bonds. If the stock market were to double (as an example), the Fed wouldn’t necessarily hike rates. Obviously, that’s just the stock market, but the point is the Fed is much quicker to cut than hike.

We remember in late March how the bears were saying the Fed couldn’t stop the pandemic with rate cuts. Obviously, it couldn’t, but the bulls were betting on financial stress being relieved, not that the virus would be resolved. Furthermore, the bet was on improved certainty on the virus, not that it would be gone. Getting back to today’s market, some are saying the current expectations for rate hikes are just like last cycle where they were repeatedly wrong as the chart above shows. That looks like a lot of times for the market to be wrong, however, we only count it as once because it is just one tightening cycle.

This cycle will be different because we are getting much more expansive fiscal policy as you have seen with the past two stimuli and the coming one. Furthermore, the reopening of the economy will be inflationary. The mega trends are different. This time the market is much closer to being right about hikes than it was in 2010.

The chart below lays out the change in the macro environment. The mega theme is going long international stocks excluding America, going long emerging markets instead of developed markets, going long value stocks over growth, going long small caps over large caps, going long commodities, and short the dollar and US treasuries. The new cycle has started which means higher rates are coming.

The NFIB small business confidence index fell sharply mostly because of politics. The November JOLTS report wasn’t bad, but wait until we get the December report. It will show weakness. The market expects rate hikes. Some are saying the market is too early like it was last cycle, but this cycle is much different. The entire cycle is shifting. Commodities are set to be the big winners in this new cycle, while the dollar, growth stocks, and large caps are set to underperform.