America Is The Spending King 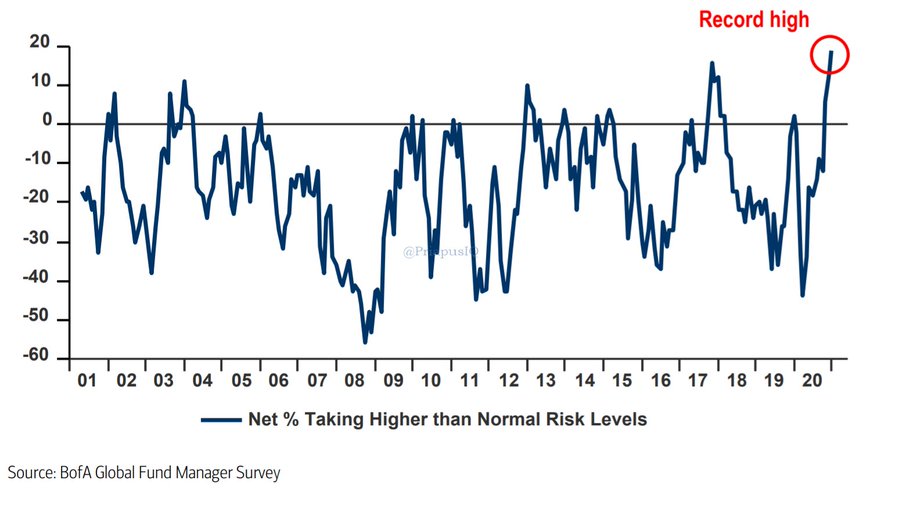 We just had a holiday, so some of the COVID-19 numbers are incomplete. However, hospitalizations haven’t vacillated during and after holidays, so they can be relied upon. That’s because if a state doesn’t give an update for the day, the prior update is used for that state. Fewer tests are done on the weekend and on holidays which impacts cases. Deaths tend to come out in bunches which can make the data volatile. Furthermore, we want to know the leading information, which is cases.

As you can see from the chart above, hospitalizations have finally peaked. This time the decline is related to vaccinations. We’re getting better data at exactly the time you’d expect because it takes 2 weeks for the vaccines to stop the spread. There have been 16.3 million vaccines given out in America which is 4.9% of the country. There were 806,716 doses given out per day on average last week. Alaska leads the way with 9.44% of its population vaccinated. Alaska already had seen new cases peak in mid-December, but it’s seeing even more of a decline because of the vaccines. The 7 day average of cases is only 236 in the state.

The national death rate should decline soon because the vaccines were first given out to the most vulnerable. The 7 day average of deaths is 3,098. The recent decline is related to the holiday. We should see deaths decline quickly in February as there is a delay from when people enter the hospital to when they die. This all adds up to a revived economy that should reopen this spring. There should be a massive increase in spending on gatherings, travel, and dining out this summer as people were forced to social distance for over 1 year.

It’s interesting that on Twitter, it’s common to complain about America’s handling of the virus from an economic perspective. The numbers tell a different story. America seems to have done a poor job of limiting the spread of the virus, has done a good job with dispersing the vaccines, and done a good job supporting the economy. This is just in comparison to other countries. Of course, not enough has been done to help restaurants and small businesses. It will be interesting to see how quickly the industry bounces back later this year. Our expectation is there will be a sharp rebound because demand will increase. In these markets, there is almost always capital available to chase demand.

Our basis for saying America has done a good job in supporting its economy is counting the fiscal stimuli as a percentage of 2019 GDP. 2019 is used because it’s a state of normalcy before the virus tanked GDP. As you can see from the chart above, before the recent $900 billion spending package, America was tied for 3rd in spending. After it, America was in 2nd. If Biden’s $1.9 trillion plan passes, America will be in first by a lot. Our theory on this stimulus is it will create more inflation than the prior two because there will be goods and services available to spend money on. Less should find itself in financial markets. This will be a true stimulus, while the prior two were life support for the economy. We don’t know when it will pass, but if the money goes out in March, there will be opportunities to spend it normally.

Inflation Expectations At A Record High

As you can see from the chart below, the net percentage of fund managers who see higher inflation is at a record high going back to 1995. Of course, there hasn’t been that much inflation since then. The year with the highest inflation was 2008 at 3.8%. The previous peak in this reading was May 2004. That expectation ended up being correct as CPI went from 2.7% in 2004 to 3.4% in 2005.

It’s important to note two points. Firstly, the consensus can be right as we just showed. It probably will be right because it’s so easy for inflation to increase compared to last year. The 2nd important point is this survey doesn’t mean investors are expecting 4% CPI. It’s just that everyone sees inflation increasing. Don’t equate that to mean investors see inflation reaching an all-time high. Similarly, the highest percentage of investors since 2002 see profits increasing. Of course, profits will increase from the suppressed 2020 results.

The chart below shows the biggest expected themes for 2021. Only 20% said a failed vaccine rollout. That’s still possible in some countries, but in America the odds of that are decreasing every day. There would need to be an unexpected catalyst for America to not reach herd immunity this year.

The 2nd most common answer was excess sentiment providing limited gains. This isn’t the survey response you want to go contrarian on. There are high valuations and sentiment is very bullish even if about half of fund managers see it. In fact, it’s very difficult to not see the speculation in markets. In 2020 we saw the lower the stock price, the better the returns. Stocks less than $1 per share rose 50% on average. That’s clearly just speculation by retail traders because there is no benefit to having a low share price. The only issue with this theme is it’s possible the speculation ends this year or later. You can’t reason with irrational behavior.

The vaccines have already caused a peak in hospitalizations. The next step is hopefully a sharp decline in deaths per day. The final step is a return to normalcy sometime in the next few months. The coming stimulus will make America the largest spender as a percentage of its 2019 economy. This should boost inflation. It’s really not a bold call to say inflation will rise from extremely suppressed levels. That doesn’t mean markets are fully pricing in an inflationary event. It would be interesting to see an improved economy and a weak stock market. Many retail investors might flee when their stocks fall and their lives get back to normal.