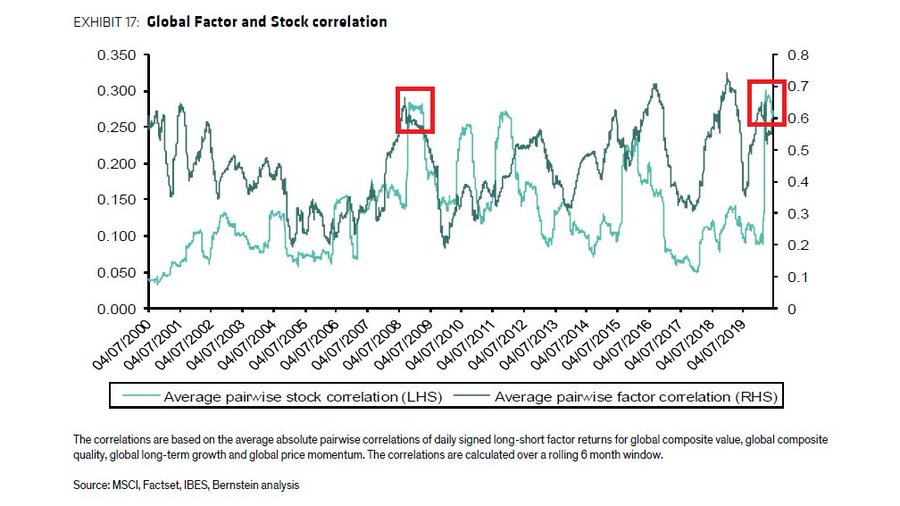 Let’s be clear, at Powell’s Jackson Hole speech he didn’t deliver anything groundbreaking. However, it doesn’t matter if the Fed’s policy won’t change much. It matters how it impacts the market. The Fed hardly utilized its corporate bond buying program because it didn’t have to. It got the free market to do its work for it. It said it would buy corporate bonds, so investors front ran the Fed. The Fed acted like a brilliant trader by not bothering to go through with most of its policy. The Fed acted like a disciplined value investor!

As you can see from the chart above, the Jackson Hole speech caused the 30 year yield to spike because the market thinks the Fed is allowing for more inflation. This could create a phase change in the market in which housing and tech stocks go lower, while energy, materials, and bank stocks rally. Specifically, this “robust updating” of Fed policy involves “average inflation targeting” in which the Fed allows inflation to be “moderately” above its 2% target. Powell stated, “This change may appear subtle, but it reflects our view that a robust job market can be sustained without causing an outbreak of inflation.”

The change is so subtle, it literally doesn’t exist. The Fed has been saying it will allow for above 2% inflation for years. The plan has been that the average rate should be 2%. Since it has been below 2% for so long, the Fed won’t raise rates when it gets above 2%. The most important thing to understand here is this is all guidance. It’s open mouth policy. That means the Fed can basically do whatever it wants when inflation actually rises (if it does). The goal is to impact markets now. The Fed has no idea what it will be facing 5 years from now. It just needs to convince the market it won’t raise rates for 5 years. When the challenges arise, it can act how it wants.

The 2nd aspect is the Fed is allowing for higher inflation when the 2% goal hasn’t even been reached in the past decade. Will more dovishness get us to above 2% inflation when similar policy couldn’t get us to 2% inflation? Some regional Fed officials are saying the new target is 2.5%, but it has never been tested, so this is meaningless.

Not The Best Jobless Claims Report

After the increase in claims last week, we were waiting with baited breath to see if the economy was rolling over. The report from the week of August 22nd was a mixed bag. It doesn’t give us a strong tell one way or the other. Seasonally adjusted initial claims fell from 1.104 million to 1.006 million which was above the consensus of 987,000. Non-seasonally adjusted claims fell from 890,000 to 822,000 which is a new recovery low. The biggest weak point was the 82,000 increase in PUAs which increased to 608,000. As you can see in the chart below, the total non-seasonally adjusted initial claims and PUAs reached 1.43 million which was a 1% increase from last week.

The continued claims reading was good when you consider the increase in initial claims last week. Continued claims fell from 14.758 million to 14.535 million. IFR Markets estimates it will take 8 more weeks for continued claims to fall below 10 million consistently. That’s not the promised land. That’s higher than the peak in the last recession, but it’s still major progress.

The $300 Will Come In September

So far, 6 states are already paying the $300 (or $400) in weekly unemployment checks which is great progress compared to where we were 3 weeks ago. As you can see from the chart below, by the end of September, another 17 states will be paying the benefits. This can be higher because 9 states didn’t give data. Plus, some states that haven’t yet agreed to give out the money will do so in the next few weeks. This isn’t an ideal situation, but it staves off disaster. The goal is to get enough people working so that more stimulus isn’t needed. The best way to do that is to stop the spread of COVID-19 and lower the death rate.

The market varies in degrees of madness. To say that there is always some madness is to say that there is always opportunity to profit. The madness is at its highest at the end of trends. We are certainly towards the end of the uptrend in the market favorites in growth industries like cloud computing and electric vehicles. To be clear, this has nothing to do with the business trends. The internet bubble burst even though speculators ended up being proven right about the game changing nature of the technology. Electric vehicles are a phase change in transportation, but that doesn’t mean their stocks will increase to infinity. Tesla passed Johnson and Johnson, giving it the 8th highest market cap in America.

As you can see from the chart above, active managers got even more leveraged long this week which is dangerous. The index got to 106.56 which is the 4th highest reading ever. Going back to 2007, this streak of 3 weeks with above 100 readings has only been hit one other time (September to October 2017). The put to call ratio has been below 0.4 for 2 straight days for the 2nd time in 15 years (other was April 2010). The percentage of positive days in August is about to be the highest ever (83.3% as of Thursday’s close).

Factors can’t be ignored in the summer of 2020. When the tech stocks rally, usually the banks and small caps fall. Global factor correlation is the highest since the financial crisis. Pairwise stock correlations are the highest since at least 2000. The pairwise correlation looks at global value versus global quality, long term growth, and price momentum. In other words, it doesn’t matter what stocks you own. It only matters which bucket the stock belongs to. That’s because we are at an extreme moment where macro rules the game. The U.S. tech sector ($9.1 trillion) is now more valuable than the entire European stock market ($8.9 trillion) including the U.K. and Switzerland. In 2007, Europe was 4 times the size of tech.

Powell didn’t say anything new, but the market feels the Fed is willing to accept more inflation, so long term U.S. bonds sold off (yields up). The jobless claims report was a mixed bag. The NAAIM active fund exposure index shows the average fund is leveraged long. Since there has only been one other time the index has been over 100 for 3 weeks, we can’t give you data on what this means. However, combining that with an ultra-low put to call ratio supports the theme that the market is due for a decline. There might be a reversal where growth, quality, and momentum underperform value.