3 Tail Risks That Could Shock The Market 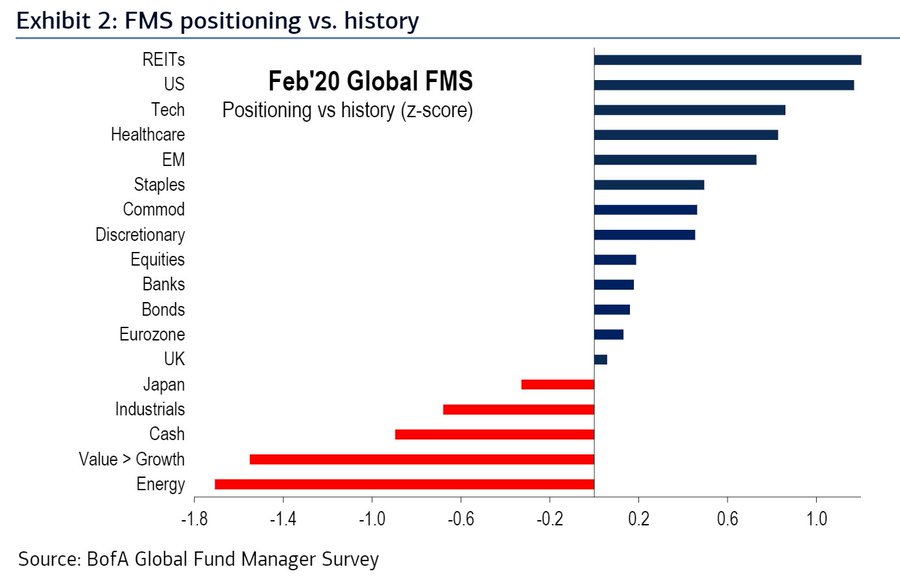 The stock market has fat tails. Returns aren’t normally distributed. Events such as the crash of 1987 have occurred even though the normal curve says they are almost impossible. Prices are discontinuous which means if you have a stop on a trade, it might not matter because the price can skip that stop.

When investors are surveyed about the next tail risk, we recognize that there is an element of surprise involved in them. This means if everyone sees an event as a big risk, the market will price it in, making it less of a risk. That doesn’t mean everything people see isn’t a risk, but the ‘unseen’ also should be considered. ‘Unseen’ is simply a risk that isn’t priced in. Obviously, in a world where information travels quickly and freely, you won’t find something other investors don’t know already about. The key is finding catalysts that you think will impact the market that others are ignoring.

As you can see from the Merrill Lynch survey results below, the biggest tail risk was the 2020 U.S. presidential election, but the percentage saying this fell.

While the betting market has Senator Sanders at about 50% odds of winning the primary, we don’t think the market is pricing that in. That’s possible because the betting market isn’t as liquid as the equity market, is much smaller than equites, and is moved by different people. If the market was actually pricing in Sanders winning the primary, we’d see more volatility. He’s discussing the nationalization of the healthcare insurance industry. Interestingly, 2 of the best 20 stock in the S&P 500 are healthcare insurance firms (Humana and United Healthcare). The IHF healthcare industry ETF is at its record high. The market is ignoring his chances even though 538 shows he has a 39% chance of winning more than half of the delegates and a 57% chance of winning the plurality.

Worst May Be Over For Chinese Economy

The coronavirus was a new tail risk. It wasn’t in the January survey. While it’s true that the Chinese economy has barely started recovering, the growth rates of new cases and deaths from the virus have fallen. China will recover in the next few months. Markets like to discount the future. The worst appears to be over in this case. As you can see from the chart below, Morgan Stanley expects production to reach 80% to 100% of normal levels by mid to late March. Don’t fear the negative headlines that will mention how bad the Chinese economy did in Q1. By the time the Q1 GDP report comes out, investors will be focused on the 2nd half recovery.

22% of investors surveyed stated the bond bubble popping is the biggest tail risk. It’s certainly a big risk for utilities as the sector is up 9.84% year to date and 26.66% in the past year. Without the coronavirus, the global cyclical expansion would be more obvious. You would think that would push yields higher. Remember, the bull market in the long US treasury bond started right as the Q4 2018 mini bear market in stocks was starting. Bonds and stocks have rallied hand in hand for a while. If low rates are justifying some of the increase in the stock market’s forward multiple, which is 19, then stocks will fall if yields rise. The 10 year yield recently kept failing to get above 1.94%; that’s the technical resistance which is now further away from the current yield than the record low is.

It’s more important to look at earnings revisions than absolute changes in earnings growth. As you can see from the two charts below, by this measure Q4 earnings season has been a success as Q1 and 2020 estimates have fallen less than average. According to The Earnings Scout, Q1 EPS growth is only expected to be 0.57% which is lower than Q4 growth was expected to be at this point last quarter.

The chart below shows fund manager positioning in the February Merrill Lynch survey. As you can see, bonds barely have a positive value even though some say they are in a bubble.

Value stocks have taken a hit in the past few years. It’s no surprise they aren’t owned heavily. Fund managers’ cash positioning is at a 6 year low which could be a reason to be underweight assets like U.S. equities. Energy positioning is at a 4 year low. The coronavirus has helped push oil lower this year.

We looked at some of the top tail risks fund managers discussed in the Merrill Lynch survey in February. Even though everyone sees the 2020 election coming, it can still be a tail risk if Bernie Sanders wins the presidency. Just because a negative catalyst is seen, doesn’t mean it won’t hurt stocks. We aren’t endorsing any candidates. We are just stating what’s likely to happen based on policy proposals. The coronavirus has caused terrible harm to the Chinese people and has shut down the economy, but stocks are forward looking which means they are likely looking past it. EPS estimates have fallen less than average. Investors are overweight the U.S. and underweight cash, energy, and value stocks.